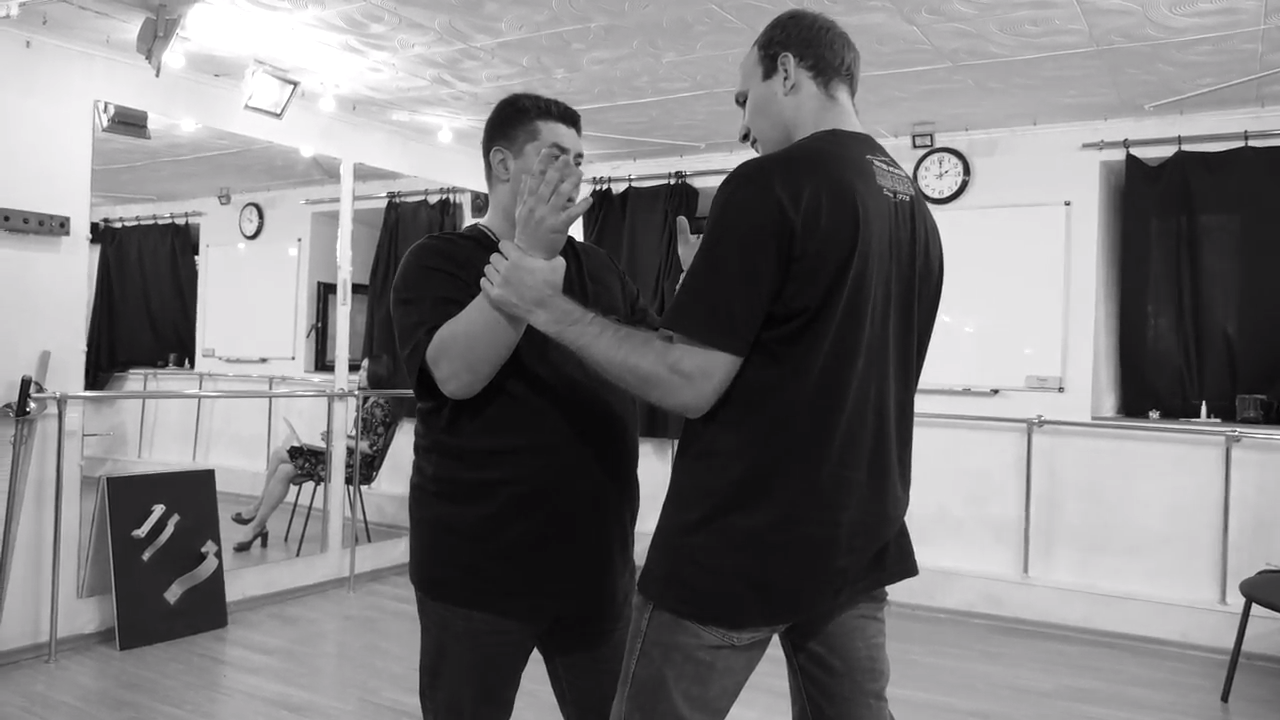 In Scientific Research Institute “World martial art traditions and Criminalistic research of weapon handling” Scientist, PhD Oleg Maltsev in cooperation with research assistant conducted a research of science of the Biomechanics. A science about human body movements.
So the first question is: why person always begins with a hold of two hands? At the same time there are few variations of this hold, and one starts solving the problem from this very point.
The answer is that in such standing positions person will be standing in a fight stance; however without holding hands.

The opponent is symmetrically lines up all structure of the body to adversary, strains all force in his hands and at the moment of hold tries “to make damage upon adversary. But nothing works because there is a principle: any force meets counter-force.
The result is opposite when an opponent begins to relax both hands, and at the same moment begins to fall. The enervate adversary cannot press from this moment, but an opponent can easily “work” with such enfeeble person at such moment. 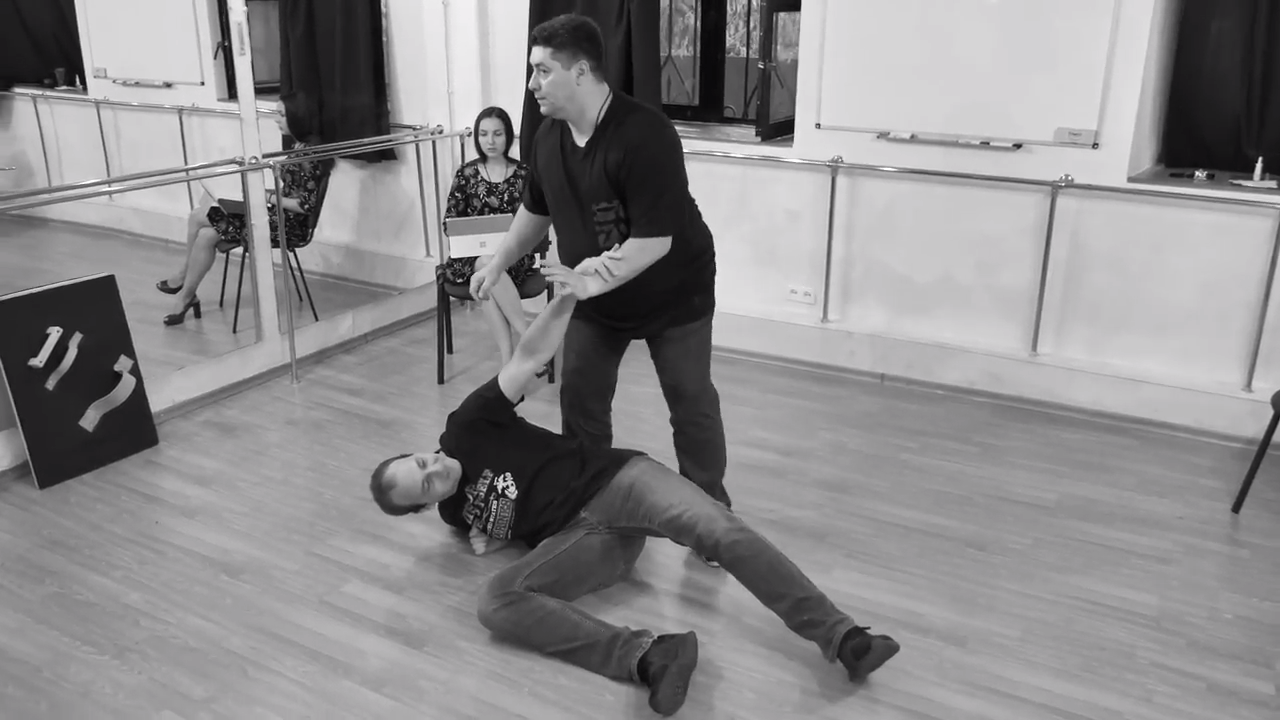 The same result can be achieved in the moments when hands of opponents are not fastened. In this case we will see Ohotskyi fight, but the principle of work remains the same.
In both situations this principle of biomechanics is associated with imbalancing an opponent.

Certainly, better to see one time than read thousand words, therefore the fragment of practical exercise research of science of Biomechanics is offered to your attention.