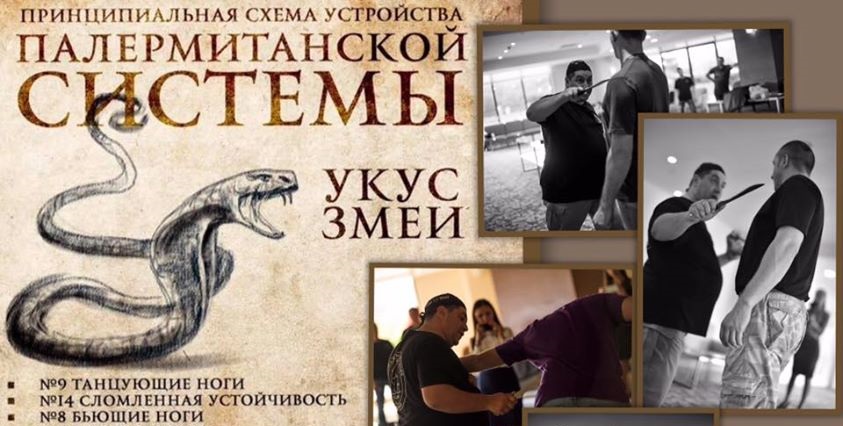 In continuation of the study of the Palermitan system of Spanish fencing in the framework of one of the programs “The Science of Victory” Grand Maestro Oleg Maltsev had explained and demonstrated the second echelon, which is entitled as a “Snake Bite”. 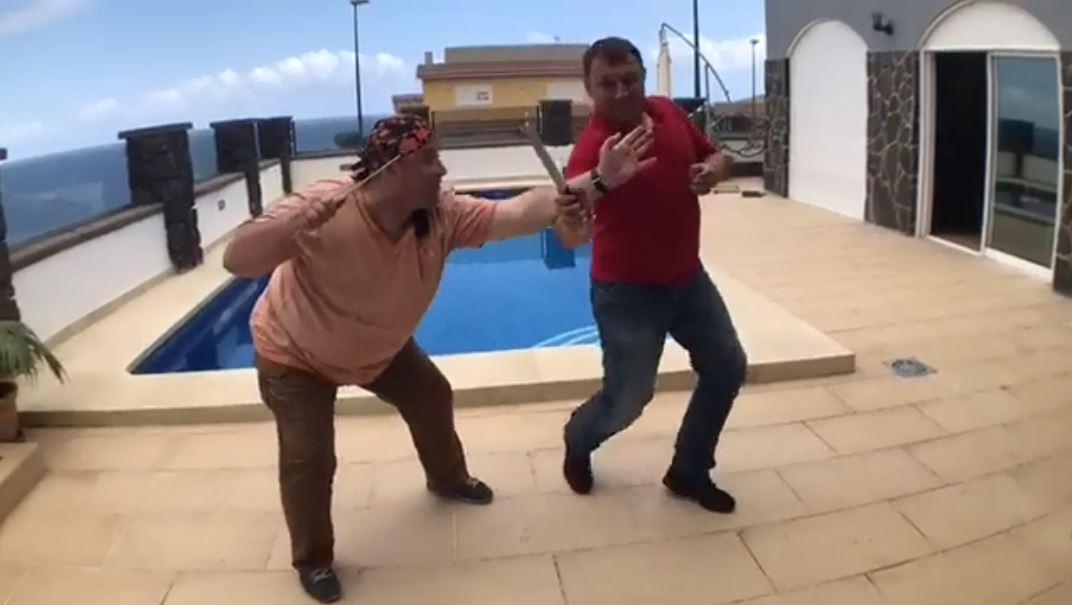 Photo 1. Fragment of the demonstration of the “Snake Bite” echelon by Oleg Maltsev.

Here are other blocks that fall into this echelon: “dancing legs”, “broken stability”, “striking feet”, “playing with a blade” and “broken spear”.
To understand this echelon we should take a journey into history. And the first thing which has to be to realized is that nothing comes from nothing. This kind of technique has existed for a very long time and as it is known, Venice and Genoa had a significant influence on the Palermitan style. Let us look at a well-known fencer as Fabrice who was a “star” of his times, he is an author of a treatise which did not hide the origins of the technology model.
Feet are positioned not far away from each other, other characteristic of this model is hands forming the hood of the cobra, while the sword is kept in the right hand at the top which points towards an opponent. This model is widespread and not only in Italy, but also in Spain, Greece, central Europe, as the main one. In this position feet are close, and could be even turned towards different directions. Other positions are also very similar to this one, there are some critical angles that are worked on in advance so that one does not leave those boundaries. Therefore, when it is said that in this position “a bird turns into a snake,” it means open stance is transformed into a closed one.
Analysis of other blocks: “dancing feet”, “broken stability”, “striking feet”, “playing with a blade” and “broken spear”. In the first place we are going to divide everything to attack and defense.

“Dancing legs” – allow maneuvering, i.e. avoiding blows and creating space when there is none.
“Broken stability” – involves attacking actions.
“Striking feet” – involves attacking actions as well.
“Playing with a blade” – the theory of defense on a distance; allows you to escape from attacks by means of hands, body, swinging pendulum moves.
“Broken spear” – bind attack and defense, since one has pair of weapons (such as a knife and a stick) 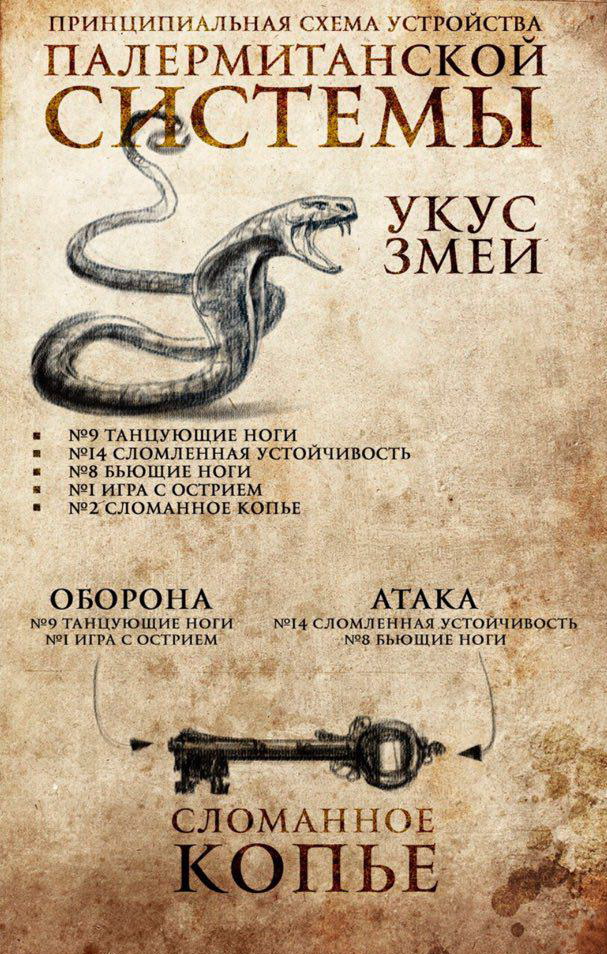 The movements of the “broken spear” eventually combine in itself “dancing feet” and “playing with the blade”, “broken stability”, “striking feet” and “broken spear”. In fact, the principle of the 2nd distance lies in the “broken spear”, and the remaining blocks are additional and integrated with this section into a single machine that allows one to be unexpected and effective, such as: striking feet, remaining invulnerable at a distance, attacking an opponent above the waist with two hands simultaneously.
Let us look at the elements in fencing of the 5th Venetian treatise written by Fabrice in 1606 “Fencing or Science of Salvator Fabrice”:

– Thrust, unusual for other schools of fencing, with close-positioned feet at the entrance to the attack. First, forwards his foot and then thrust is made.
– Direct thrust.
– Long distant positions.
– The sword control system.
– Entrance to the attack with a sword from above in the dominant position and back entrance to the attack.
– Meeting the sword on the strong side.
– Downwards move. The lower stance is a characteristic of the Neapolitan and Palermitan fencing schools, i.e. when the sword is lowered in order to open space to deliver a strike.
– Strike through the sword and from the reverse side through the sword.
– Escaping from the line of attack and moving in the opposite direction.
– Passing the sword through yourself, as well as moving back with an exit to the attack in the side.
– A blow under the sword and a blow to the side under the sword.
– Stopping an opponent who is attacking, counter-strike from a narrow position.
– Using a cloak when grabbing hands of an opponent.
– Strike to a foot.

If one looks at this Palermitan treatise of Fabrice, he will see that it differs from other technical elements by strange work of “dancing feet”. The system is not an easy one, Fabrice uses the Greek line and the Spanish circle as a hood of a cobra. This circle revolves like a kaleidoscope – what opponents tries to do, that is what he gets.

What is the reason for selection of the snake model in the Palermitan school?

It has to be understood that any reptile is strong enough in defense. If you try to strike a reptile, you are unlikely to get something, because it is slippery and avoids any impact.
A model of the rhino in the Neapolitan school appeared after the snake, and it uses tactic of no stepping back. There is no point in attacking in front the rhino, it has got an “armor” and a horn in front, it weighs a lot, even an elephant does not go head-on with a rhino. Here is another logical model.

As you can see, in the Palermitan and Neapolitan schools of fencing there is a second echelon of defense – it is a cobra and a rhino, and on both sides of the defense there is a bird at both schools.

The logical model of the rhino became applicable after the war, because it is necessary to defend the front. Therefore, for the urban system, the cobra is an ideal model, and for a military one – a rhino; for these reason it is recommended to master both of these styles of fencing. The snake allows to “fight” in closed spaces, a rhino requires a place to turn around.

If we go further, we will see that on the 3rd echelon of defense there is a force on force, i.e. cloak in Palermo, and in Naples – the wolf, as an attack if from the flank – take-off and a throw. And on the 4th echelon in Palermo there will be a hedgehog or a cat, and in Naples a tiger that clings with claws and teeth at the same time, and gnaws.

At the same time, in the Palermitan system, the echelons are unchangeable, and in the Neapolitan system they are put by the method of appointed echelons and constantly change as cards, we end up having a carousel, thus the “masks” change every second. These masks, in turn, change the logical models. A logical model jumps out of the mask, which has the technique which has to be implemented.

And in Palermo there is a spring moving back and forth from one circle to another. On each lap there is a certain technology and it is known what to do. Therefore, the Palermitan system will work as a spring or the gate frame of a gun – back and forth, and the Neapolitan system is as 4 cards that constantly appear in the hand, and you never know what will be the next card. As a result, each subsequent logical model is unexpected for the enemy, although both of these systems are like two siblings of one father – Spanish fencing. Therefore, one can not say that one system is weaker than the other, because each has its own effective ways and own characteristics. As you can see, our ancestors possessed extraordinary knowledge. What we are left with is taking care of the centuries-old history. Next article is going to be dedicated to the 3rd echelon the “Cloak”. 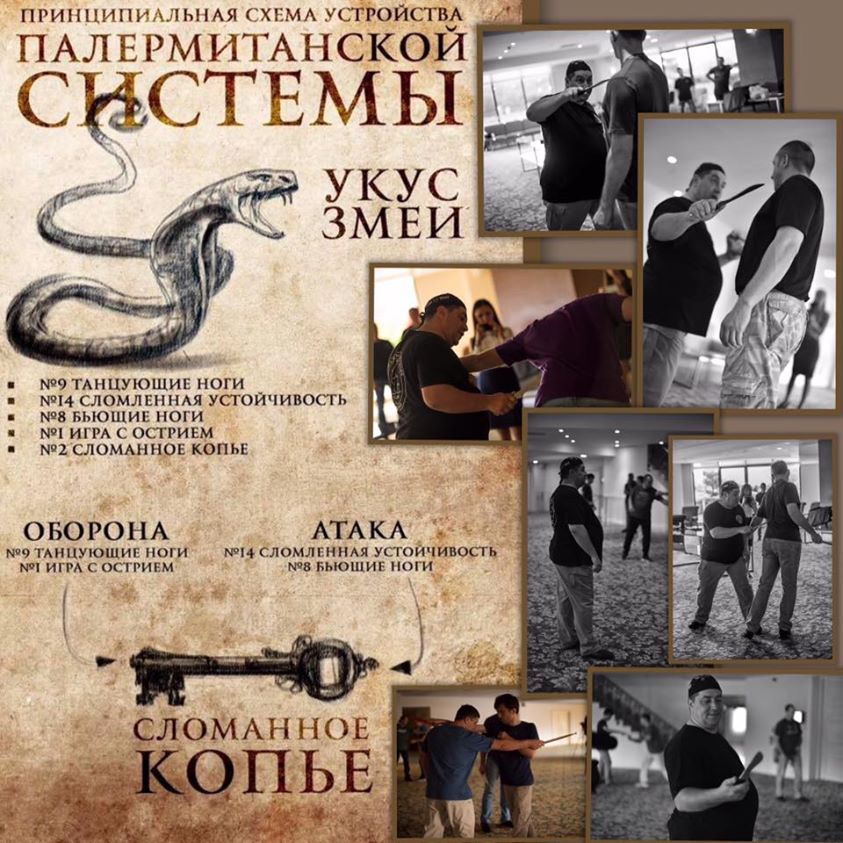 Figure 2. Fragments of the demonstration of the echelon “Snake Bite” by Dr. Oleg Maltsev.