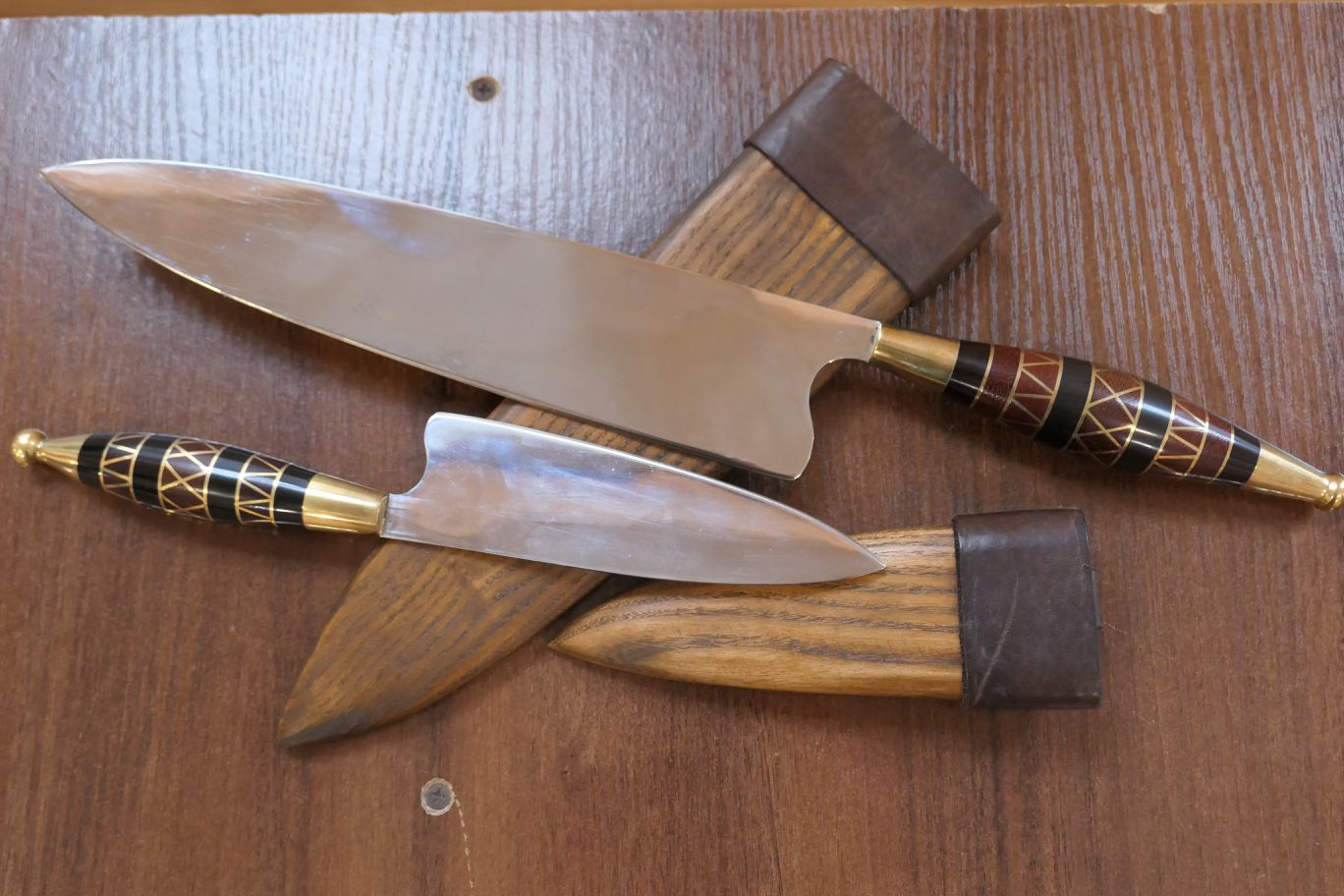 It is a well-known fact that to date, there is a huge variety of knives in the world. Blades are an integral part of tradition and culture in virtually every country. This is not surprising if we consider handling of the bladed weapon in most battles, conquests, and broadly speaking by criminals themselves. However, in this article we would like to introduce a very special knife to our readers. We are referring to a Canarian knife, which can be rightfully called to be the most criminal knife in the world. Why one can make such a straightforward statement?

No doubt, that this knife is used by all Spanish-speaking criminal structures in the world, as well as such countries as Mexico, Argentina, Colombia, Peru and many others. According to the Cervantes Institute based in Spain, in the year of 2012 alone, the number of Spanish-speaking people in the world counted 495 million, and the number keeps increasing.

What makes the Canarian knife so unique? To begin with - its speed. In fact, this knife is carried around in leather scabbards on the clip, so it takes less than a second to get it out. Knife maybe taken out instantly, strikes are delivered by changing the geometry of the angle in a split second. At the same time, theoretically one can carry it in a way it is not seen, thus it is hardly possible to notice that person is armed.

It is important to note that the Canarian knife has different functions. It has fine cutting qualities, but if it is held in a certain way, becomes alike an ax and allows deliver strong chopping cuts. The lower part of the handle can be used as a knucklebone, while sailors on ships used it instead of a razor.

As for the shape Canarian knife is a kind of alloy of several weapons. It has a stiletto type of a handle, a blade in the shape of a tooth, it resembles a sea harpoon. At first sight, it may seem strange and uncomfortable, but its history counts more than 500 years and it is considered the second oldest knife, after the stone one.

Perhaps, one of the main paradoxical properties of the Canarian knife is in the fact it is not considered a cold weapon. Anybody may carry this knife and use it for defensive means. Moreover, for over the centuries it has been used as a tool for duels. On the territory of Ukraine and the CIS, the Canarian knife became widely known owing to Dr. Oleg Maltsev a scientist, candidate of psychological sciences and Professor of Destreza. While studying Spanish fencing and bladed weapons, Oleg Maltsev first saw the Canarian knife in the scientific expedition on the island of Tenerife in 2017. "Before that, I have been looking into different criminal traditions and saw many knives, but this knife is a very special one. As a scientist, I immediately decided to restore the lost technique of handling Canarian knife." 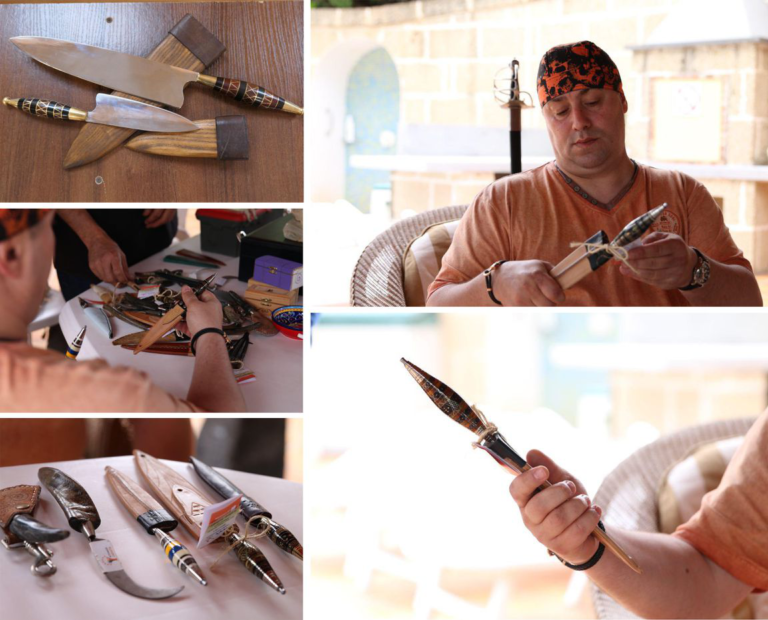 In the frameworks of this study, there were numerous special sources used which were found in Canarian libraries, in the archives of Madrid and Barcelona. To date, the technique of handling Canarian knife has been completely restored and it is an integral part of the Spanish martial art system which is based on a fundamental scientific approach.
One can get reassured in this by starting a challenging task of studying a number of treatises on the Spanish fencing (destreza) of the 15th and 17th centuries, among which are the books “The Greatness of the Sword" by Don Luis Pacheco de Narvaez, the "Philosophy of Arms" by Jerónimo de Carranza, “Academy of the Sword" by Gerard Thibault.

Spanish fencing was originally a military system, which proved to be effective during long conquest wars which had lasted more than 300 years. As a result, some things were eliminated as unnecessary, others were changed finally forming a system which was “purified” in wars. As Jeronimo de Caranza said, "For which reason one should be hitting a sword, when he can strike a man."
Today, Spanish fencing is taught in Spain and Ukraine at the school “Destreza Achinech” which is a guardian of the ancient Spanish chivalric tradition. As the first level of the school, the technique of handling bladed weapons are related to Canarian knife technique, and it is regarded as the initial level of mastering Spanish fencing.

In early 2018, first seminar on the Spanish fencing was held in the territory of the CIS, where the technique of handling Canarian knife was presented. 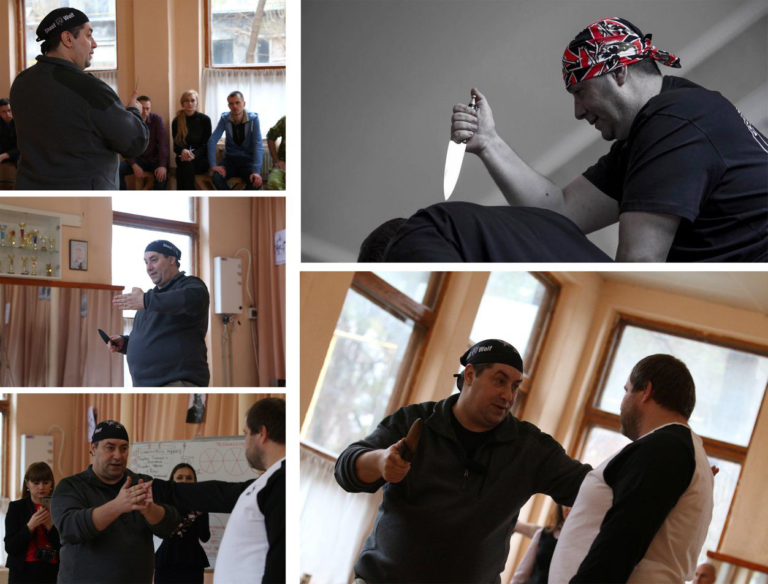 The Canarian knife, according to Dr. Maltsev is extremely effective for a self-defense and can be handy for ones who perform special tasks, for instance bodyguards. "I would say that this balde is beautiful, and it possess’ excellent properties. Each knife has its own place, but the Canarian knife is designed specifically for urban conditions."