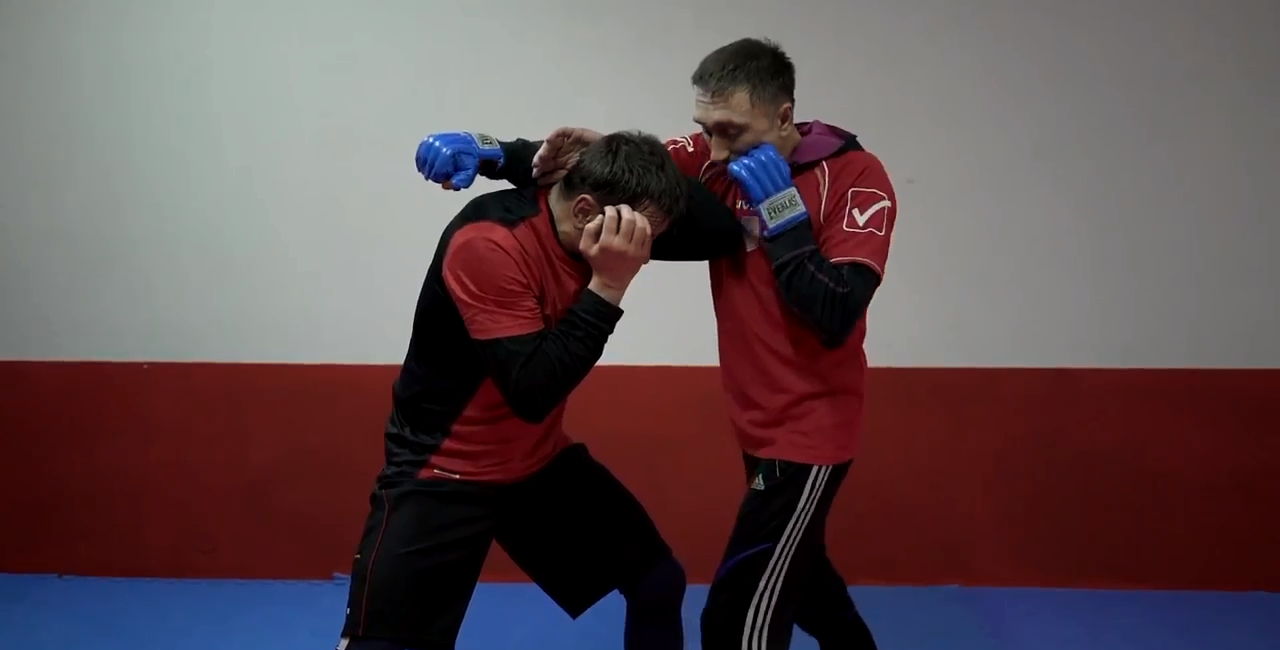 The International marathon dedicated to the project “Enigma of Russian fencing school “was held in January 2018 with the assistance of the “Scientific Research Institute of world martial art traditions study and criminalistics research of weapon handling”. In the framework of this marathon Igor Muzyka, Sport Master in Sambo demonstrated a number of technical elements of combat sambo, which are called “transition elements”. The neutralization task of an attacker becomes extremely hard without these type of elements, therefore their absence might become the reason of the failure in a fight.
They help to start the close combat with an enemy and not let him to hit you. The main task of the “transition elements” is protection of one at the moment of entering the close range.
Master Igor Muzyka has explained main mistakes that are usually made by one at the moment of entrance into the close combat and inevitably lead to defeat:
– an attempt to reach an opponent’s body (with straightening and stretching both hands forward to the enemy) causes receiving a strike from an opponent. The area of an impact might be different. In this case, the attempt to make a lock without a transition element leads to a failure;
– an attempt to reach an opponent’s leg without a transition element causes a knee blow to your head, for instance.
Therefore, transition elements are used to help one to enter a distance where he can make a lock (or hack) quickly and with minimal damage. This makes it possible to get an opponent out of balance and strike him before.

The first version of the transition elements is called a “wedge”. Hands are formed in the position of a wedge. The principle of a wedge is that this movement almost “cuts” an attacker, revealing his hands. This creates an excellent opportunity to reach the enemy and throw him down. “Wedge” creates a connection with an opponent, which helps to implement a lock and throw him down afterwards.

The “wedge” itself can be used in different directions, but it is important to take into account the main feature of this transition element: the “wedge” is done simultaneously with the movement toward the opponent. In this case the wedge brings the result. Using wedge while being static gives your opponent an opportunity to attack you from different sides. The task is to form this “wedge”, and make an entrance into the space of an enemy revealing the “wedge.” Then the lock takes place, and the throw is made.

The second version of the transition elements is a “shield”. With the help of this type of elements one can enter the enemy’s space, hiding behind these “shields”. “Shields” in this case are forearms. The feature of this transition element is that it has to be done while he moves. If one does it while standing still, he has the opportunity to hide from enemy’s strikes, but he cannot solve the task of locking and throwing him down. On that account, a step forward to the opponent is necessary.

The third type of transition elements slightly resembles the game “squares”. But in Sambo one does not reach the body of an opponent immediately. First, one has to immobilize both hands of the enemy, thereby making it safer to enter the enemy’s space and then lock him. The principle is that one needs to start attacking the wrist of an opponent, then his elbow, and at the end – his body.

In combat sambo, even reaching slight connection with an opponent via one of the transition elements makes it possible to stop moving towards the enemy.

The fourth transition element is a “pass-into-knife”. In this case, the transition is also made with a hand. The basic principle is the same, not letting an enemy to hit. The entrance is made at the expense of the feet, not of the back. At the moment when an opponent attacks you with a knee, you turn your hand, grab and throw him. These actions create excellent opportunity, for convoying, retaining the attacker and other options for work. The characteristic of this transition element is that it is easy to take another position immediately.

A special feature of the fifth transition element is the wedge of the opponent’s right hand. As a result, the opponent begins to wave with his free left hand, and at that moment you can make a lock under his hand and throw him or foot sweep. One must try to do all movements in one moment.

Another transition element is the work of elbows. The elbows are used as a transition for entering the enemy’s space. The main task is to make a safe contact and try to get into the attacker’s space. The entrance is carried out with the movement of a body and legs while moving towards the enemy.

In combat sambo, even getting a light contact with an opponent via one of the transition elements, makes it possible not to continue moving towards the enemy, but use one hand right away changing the plane. That subsequently allows to lock the neck of an opponent or grab and control the attacker’s elbows that guarantees the work of the body and the possibility of foot sweep and throw. Besides, there are a number of levers that also help to neutralize an opponent.

With knowledge and understanding of the principles of transition elements one can see possible variations and technique combinations for misbalancing the attacker, to lock and neutralize him.