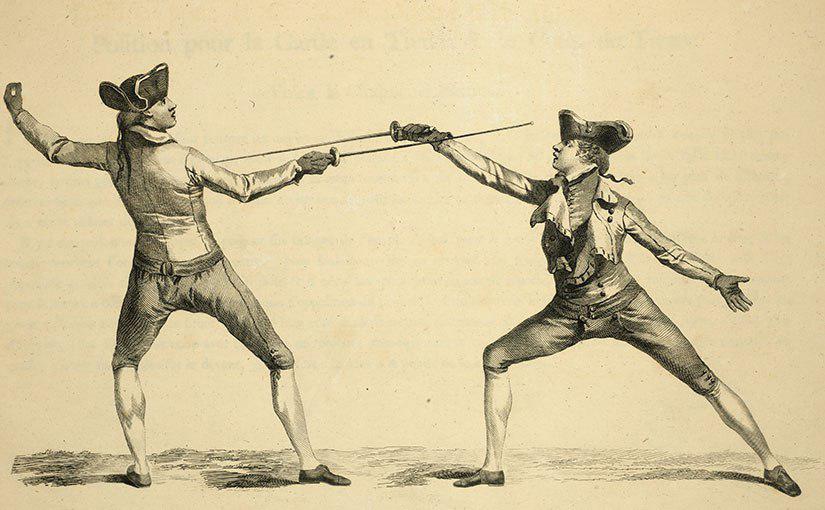 This article is an interesting research, which demonstrates to me as a journalist and a researcher of the world’s martial arts a peremptory exposure of Italian masters of fencing and the hereditary significance of the Italian fencing tradition in the Russian Empire.

I have decided to start the article with proven historical facts, and as for the understanding of actual state of affairs I will provide the following chronology. On the foundation of the chronology the further explanation will be based.

1876 – Emigration of Cesare Alberto Blengini to Russia
1880 – “Treatise about the modern Italian fencing. Sword and Saber: different ways of parrying against bayonet and spear” Cesare Alberto Blengini, published in Russian
1881 – the arrival to Russia of Chiavelli (the best student of Giuseppe Redaelli)
At the end of the XIX century – Barbazetti moves from Italy to Hungary
At the end of XIX century – Luigi Bonoro becomes a teacher of Klimov
1905 and 1908 – Alexander Lugar writes the following books: “Handling Spanish Navaja” and “Stage fact” 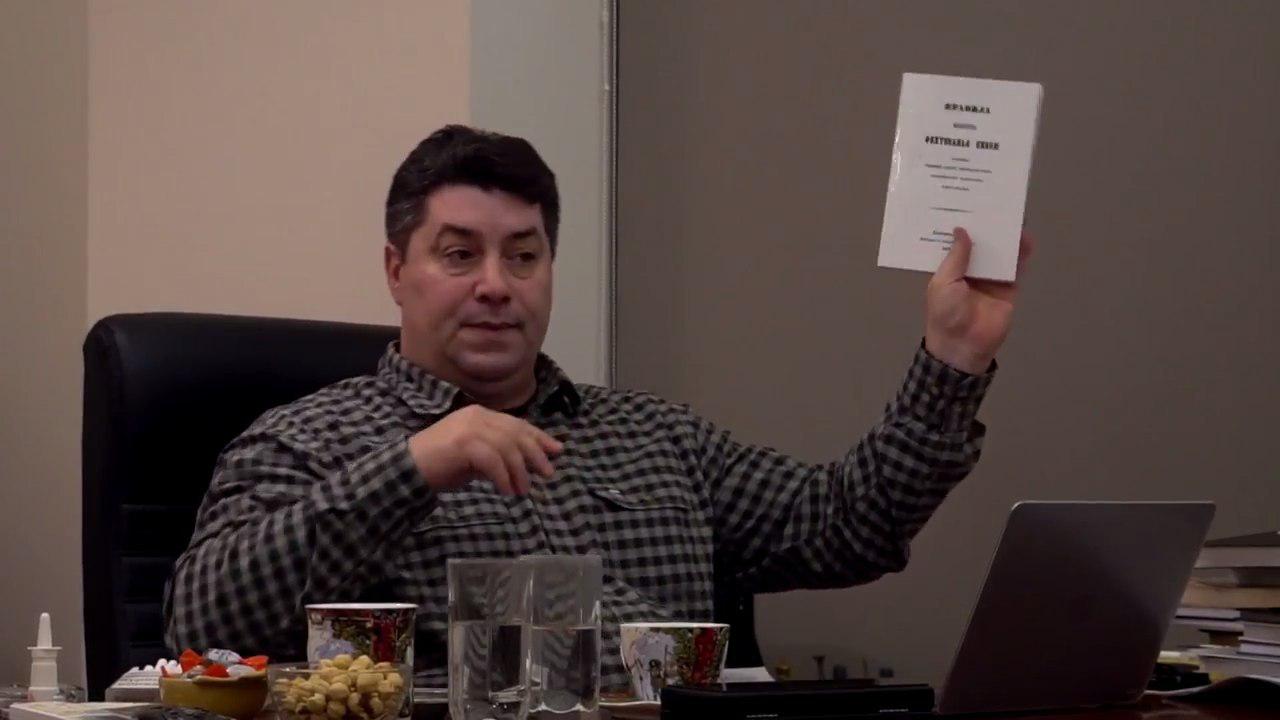 Lets сonsider the main period since 1790 which was marked with an appearance of the first treatise of Balthazar Fisher, until 1913, since afterwards there was an October revolution and arisal of Soviet Union, which marks a different history.
In 1790 Balthasar Fisher authored the first treatise, entitled “The Art of Fencing in all of its Space”.
In 1817 Alexander Valville authored the following work – “Reasoning about the art of sword handling.” In the same year, according to historical data, a Dutchman of French origin, Augustin-Edme-François Grisier authored a book which is considered to be the prototype of the fencing master in the book of Alexandre Dumas.

By that time these were the documents that were in use by people who wanted to master the art.

In 1843, Nikolai Vasilyevich Sokolov starts writing three works, which represent a full course of fencing. These books were the first recommended to study as they reveal every aspect of sword fencing, bayonet, peak and cane handling. Sokolov himself is a very mysterious person, since it was problematic to find any information about him. However, that’s not the point. These three books were published at different times – in 1843, 1848 and 1853. They are so detailed that it seems that Sokolov used to study in Italy, although it is known that he is an adherent of the French school. Information described in these books is not mentioned even in Italian textbooks, and this is a surprising fact.

Here are three books by Sokolov:

It was from 1853 that a system appeared in Russia written by Sokolov.

In 1852 Ivan Efimovich Siverbrik wrote a book about fencing.
In 1876 the greatest maestro of fencing of all times – Cesare Blengini arrived in St. Petersburg. He emigrated from Italy to Russia, where he stay for the rest of his life. This was the moment that begun the history of the Italian school of fencing in Russia. The book was published in 1880 in the Russian language. It differed from Italian and was titled “A guide of modern fencing with swords, sabers and bayonets.”

In 1881 Maestro Chiavelli, who was the best student of the famous Giuseppe Radaelli, arrived to Russia. Following his death, his disciples dispersed all over the world.
At the end of the XIX century, Barbazzetti departs from Italy and establishes a fencing school in Hungary. Chiavelli follows him, departs from Italy and settles in St. Petersburg, where he spent the rest of his days. At the same time, an Italian Luigi Bonoro became a teacher of the soldier named Klimov. The latter, in turn, becomes the main mentor of fencing in the Red Army.
As the chronology shows, at the end of the 19th century there were no fencing masters in Italy, they were all in St. Petersburg training the Russian army.

Another important point that should not be overlooked is that Alexander Lugar writes two works, the first book was published in 1905 (“Handling Spanish Navaja”), and the second in 1908 (“Stage fact”).

Since that time there were two knives in Russia: Spanish Navaja, spanish maestros used teach handling of it; a criminal Russian knife. There are no other types of knives in that period.

As we can see, the last school in Russia before the October Revolution of 1917 was exclusively an Italian one, including the Cossack school (there were books written by Likhosherstov and Grekov about hutching and sabering). In fact, the nineteenth century is divided into two parts by Russian-French and Italian schools, but at the same time Italian school is 300 times superior to both Russian and French schools, that is, it is 300% of the Italian school. Why so? In St. Petersburg, the cluster of masters of Blendgini, Chiavelli and Barbazetti class completely surpasses Balthazar Fisher, as they were Italian world stars, who established the European fencing of the XIX century. The French school fades into the background. Who might be interested in this school after the events of 1812, when France was defeated?

My expert opinion as a scientist, candidate of psychological sciences and head of the Research Institute of World Martial Art Traditions and Criminalistic Research of Weapon Handling is as follows:

What is taught by modern Italian masters?

Here one should pay attention to what was happening in Europe. At that time, there were several leading opinions. All fencing schools have disappeared, that is, according to official directories, during the XVIII-XIX centuries there were two schools in Europe: Neapolitan and French ones. However, this was not the truth. The French school survived among all other schools in Europe. Meanwhile, we are not taking Spain into consideration, as it is a separate topic. We are dealing with the French school, and the Neapolitan school (or South Italian) acts as a counterbalance to it. There is also a Sicilian school which continues to exist, as it is on the island and not on the mainland. At the same time, there were no masters in Italy, they were all gone to other places. The Sicilian and Neapolitan schools are two styles of Spanish fencing, they are not Italian ones. Maestros moved to Russia and Hungary. At the same time, it should be noted that Russia was the direct successor of the Italian school of fencing.

Proceeding from the presented historical facts, one should have a logical question: “What is taught by modern Italian masters?” Those very “maestros italianos” went to St. Petersburg, found their students such as Chiavelli, Radaelli, Blengini, go through the training in St. Petersburg and return to Italy, where they open their own schools. None of the modern Italian masters did so. What they teach and who was their teacher is not known.

If today some Ukrainian, Russian or Belarusian said that he is a follower of Chiavelli, then everything would become clear, as Chiavelli taught students in St. Petersburg until the end of his days. For instance, let’s suppose he taught a Colonel Ivanov, who in turn taught his son, and he, in turn, became the successor of Chiavelli school. We might have assumed that modern masters learned the art from the books, but what about the real lessons with the maestro? After all, the current masters in Italy claim that one cannot master the art without a maestro! They cannot explain who taught them. If these gentlemen studied in Sicily, in Naples – there is Spanish fencing style, and they must be adherents of the Neapolitan Destreza or the Palermitan style. However, they claim to have studied in different place. But where? It is not known how modern Italian masters can be adherents of Italian fencing schools.

Now, imagine people from Moscow or Kiev, who go to Italy to learn from Italian masters who are not actually Italian (in regard to fencing), as in the XIX century fencing training in Italy was interrupted and continued in Russia and Hungary. They, of course, could have learned from Blasco Florio in the XVIII century, but this, again, a Neapolitan fencing and not Italian. Probably, they might have learn from Nicoletto, Michele Alaimo, Cesare Alaimo, but they are Sicilians, thus it is not likely that they learned from these masters, as they dislike them. They do like italiano and dislike siciliano!

Italian gentlemen and those who attempt to master the art of fencing in Italy, I apologize, but it seems you have “pulled a boner”. All of the masters migrated to Russia, and in Italy there were masters after them who adhered only to a sportive fencing, which we see today at competitions. Since then, there has never been military or combat fencing in Italy, and the south of Italy does not count, as these regions retained their identity – their Neapolitan fencing and style, which is considered to be the best worldwide. Whether you like it or not, one has to seriously think about what is being said and taught, and be ready to explain the “origins” of what is taught. 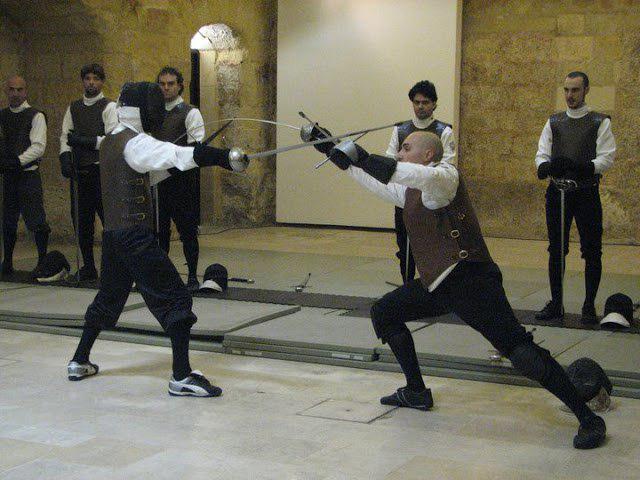 When “big people” asked me – on what basis I can talk about Italian fencing, and who gave me this right, I was very surprised. I was commissioned by “their” great masters, who are no longer alive, and their great icons. My teachers have passed to me legacy of the Venetian school, which is the paramount one in the Italy. My ancestors have a direct relation to Italian fencing – they learned from those very maestros. I am a direct successor of the Italian school of fencing, along the spiritual line of my mentors.

I have studied Destreza in Spain. My teachers of Spanish fencing are all-known, unlike maestros of modern masters. Our Canarian fencing school is one of the oldest in Spain, which is the origin place of Destreza. It would be legitimate to state, that any Russian has more rights to claim an actual relation to Italian fencing school than an average Italian.

Why have you expelled your maestros? Why they were not given enough money, that they left you? It is all about appreciation of people. And the last word of advice. Search for the followers of the Spanish school of fencing in Russia, Ukraine and Belarus – in the Russian-speaking area. Modern Italy doesn’t have maestros.