All the secret in this world is always a conventional secret, any mysticism ends where applied science begins!
(Documentary “Mystical University”)

In 2014 in Calabria, an unprecedented event in the history of the Italian criminal tradition took place. Roman Pope Francis excommunicated members of ‘Ndrangheta, the largest Calabrian mafia organization.

For what reason does the pontifex made a personal visit to Calabria to excommunicate the members of ‘Ndrangheta from the church? What kind of criminal organization is this, which almost nobody heard of before 2007?
The newspaper “Unsolved Crimes” conducted its own journalistic investigation, which formed the basis of the documentary movie “Mystical University”.

What secrets conceals the origin history of this organization? What was possible to find out in the framework of the journalistic investigation? 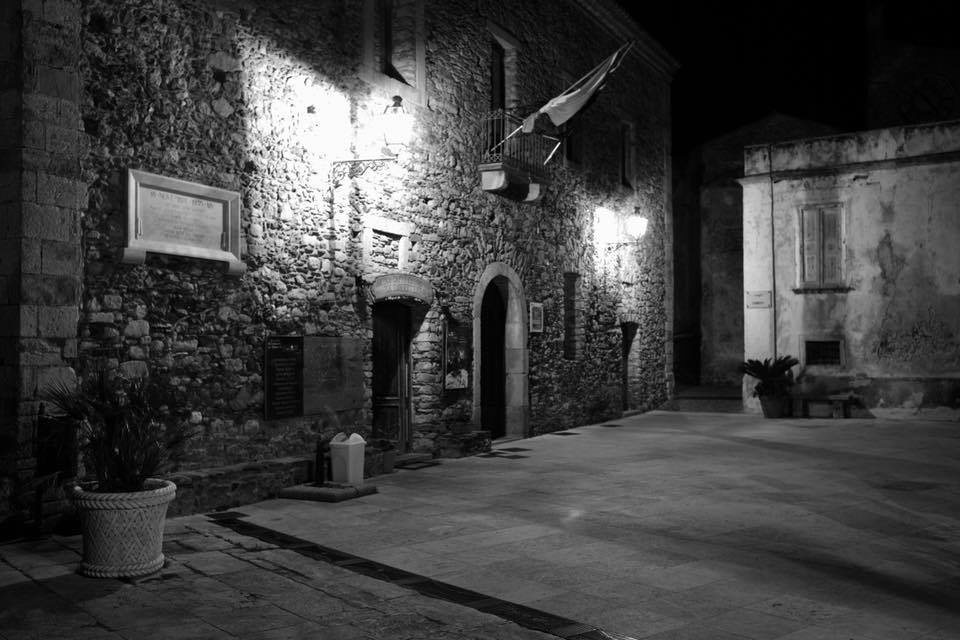 The deceptive silence of the Calabrian city. Photo from the archive of the Expeditionary Corps

History knows that in Italy there are at least four major criminal organizations: Mafia, Camorra and ‘Ndrangheta, while there are two Camorras – Vita and Mala Vita: some people try to honor the chivalry traditions, while others are Neapolitan street criminals.

A question arose: why Roman Pope himself excommunicated the Calabrian criminal organization from the Church, while the activity of other criminal organizations in Italy, which was accompanied by a large number of precedents, scandals and was generously covered in the media, remained unnoticed by the pontifex? In fact, no one can explain what exactly was made by ‘Ndrangheta which led to the events of 2014. It is only known that until 2007 almost nobody spoke about this organization, and if it were not for the murder of six people in the German city of Duisburg in August 2007, then, probably, no one would have known about its existence.

In the frameworks of the journalistic investigation, editorial board of the newspaper appealed to the expert – Professor Antonio Merendoni, who is recognized in Italy as an authority in the field of history and military science, and for me being the head of Research Institute of World Martial Art Traditions and Criminalistic Research of Weapon Handling, since I have been studying the history of the Italian criminal tradition for more than 20 years as a scientist and I have done a number of scientific works on the topic. 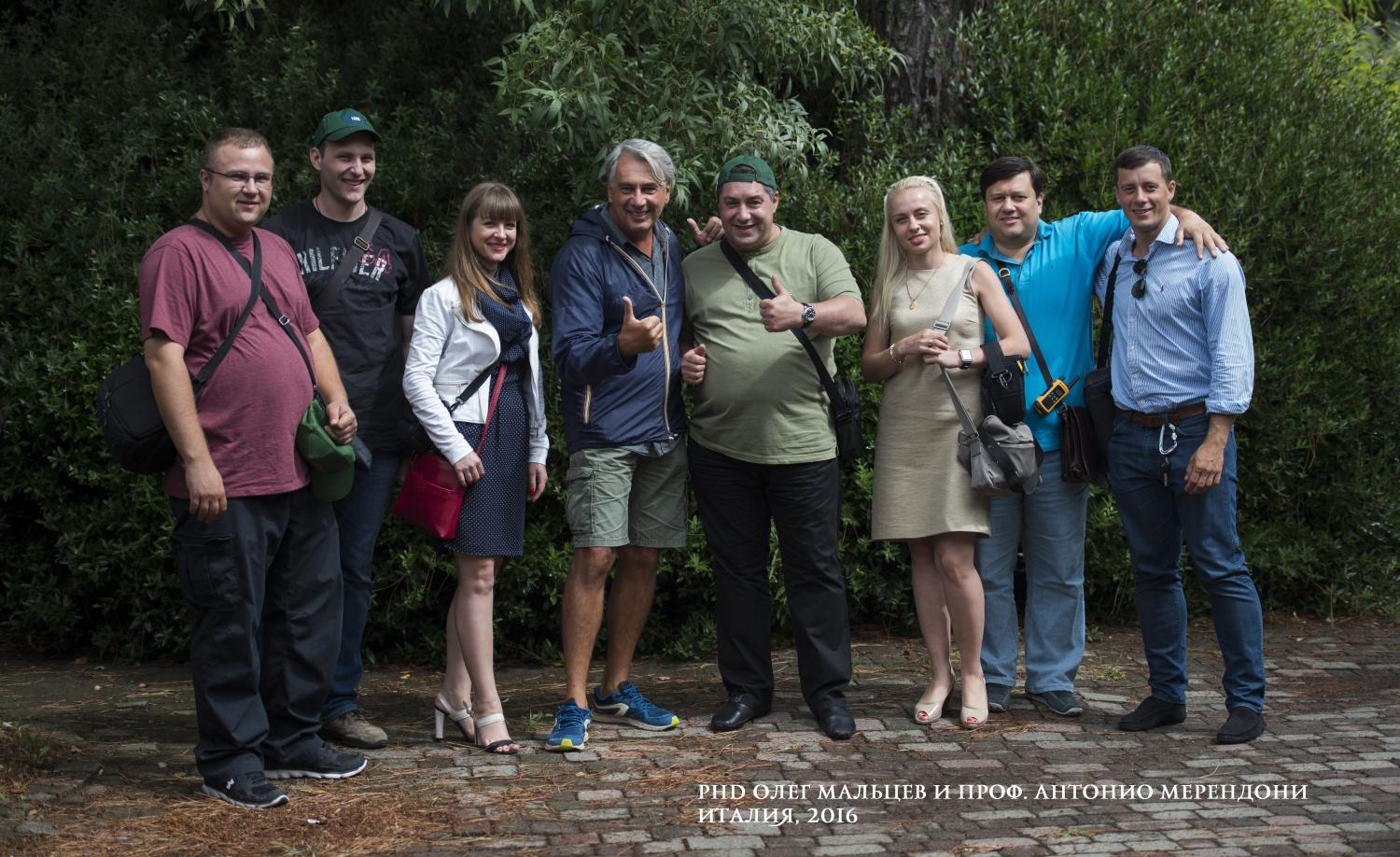 It should be noted that historically in the southern Italy there is an aspiration to be a part of the family (a certain structure), and this age-old trend has no doubts. Additionally, the inhabitants of southern Italy have no doubt in fact that for many centuries and generations the territory of Calabria, Apulia and Naples was controlled by the Camorra.

Professor Merendoni said that the cities of Taranto, Bari and Brindisi are the three ports where ships used to come, thus there were many different people who came, it was about a large profit, and all this was controlled by Camorra, same applied to Calabria, in particular, Cosenza and Reggio -Calabria. This means that on the territory of Calabria, in the beginning, there was only one criminal organization, and that is Camorra.

There are only five ways of the emergence of organized crime in Italy. ‘Ndrangheta does not correspond to any of them. In fact, we are dealing not with a new grouping, but with the Camorra being splitted into three groups, while ‘Ndrangheta has its own characteristics.

Many people attempt to investigate the Calabrian criminal tradition, but the book edited by Nicoletta Serenata “The Ndrangheta and Sacra Corona Unita”, which has a 30 year study of this phenomenon grabbed a special attention. The book contains a description of the ‘Ndrangheta structure, which is very similar to the medieval knight order.

“The tree of science is divided into six parts:
The stem is the society’s capo;
The branches are blood tied camorristas;
The smaller branches are garibaldi and fencers;
Flowers – young “People of Honor”;
Leaves are traitors of our organization, and in the end they are going to rot at the foot of the Tree of Science … “.

I should note that the “Tree of Knowledge” is not a new idea. Before the emergence of the Calabrian structure, there were multiple instances and attempts to adapt the European chivalric religion to their needs. Thus, in the example of ‘Ndrangheta, one of the variants of the adaptation of the European chivalry faith is seen for its own needs. 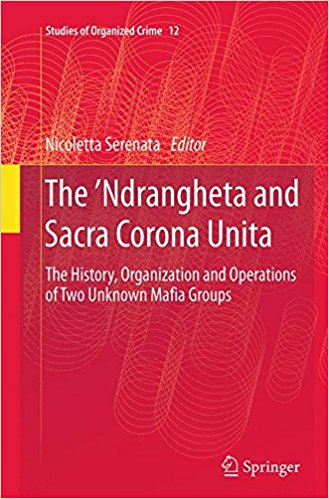 Considering the basic geometry of organization of alike structures, it can be stated that the Palermitan Mafia is represented in the form of a ship with a captain, combat units and other crew members. The right side of the Sicily is organized on the principle of a fencing school, since the latter is a territorial unit for them. Street Camorra is the combat unit of the ship, and as fpr the ‘Ndrangheta, it is arranged in the form of a university, that is, its origin is the university.

It is historically known that before training the bandits in the southern Italy, there were three categories of instructors engaged: the nobles, military and monks. It is obvious when one reads for instance a book by Marco Ferrari “Bandits, knives and sticks”.

Question: which of these three categories of instructors could create such an organization as ‘Ndrangheta, using the method of subculture, as well as the idea of ​​the “Tree of knowledge”? This could be done only by the most educated people of the time, those who repeatedly did so under the Spanish flag – Franciscan monks or Dominicans.

The ability to replicate, both qualitatively and quantitatively, the organizational structure in territories remote from the homeland, even outside of Europe, is one of the strong sides, which is the characteristic of the ‘Ndrangheta.

Calabria. Photo from the archive of the Expeditionary Corps

The highest rank of the Calabrian criminal organization is “kapo bastone”. To the right of him there is a capo on fencing, to the left – a capo by formalities. Later, centists appeared in the structure, which represent a commission and collective decision making.
(Excerpt from the book edited by Nicoletta Serenata “The Ndrangheta and Sacra Corona Unita”)

In the case of the Camorra as an organization, the highest rank is capo-respecto. They do not have commissions, and power is concentrated in the hands of one person.

Another issue that is important to consider in the framework of this article is ‘Ndrangeta’s armament, since the geometry of the organization is the university, and the origins are the monastic orders of Franciscans or Dominicans, they must have certain methods of achieving results and their own military system . However, today we do not see historically formed weaponry systems on the territory of Southern Italy – Calabria and Apulia.

Professor Merendoni said that the center of everything is Naples. It was from Naples that the culture and traditions of martial arts in Brindisi spread, and later throughout the territory. And, accordingly, the entrance gates of culture are the ports which had different people on ships, bringing culture from other places. But it was not always so.

Together with Professor Merendoni and the editorial staff of the newspaper, we conducted a criminalistic analysis and research to answer the question about which martial art systems originally existed on the territory of Calabria and Apulia. As a result, it turned out that of the territory in its main part is Greek, and the whole culture was brought from Naples. Accordingly, in the territory of Calabria, which is allegedly considered to be the “headquarters” of ‘Ndrangheta, from the viewpoint of history, there must be a system of Neapolitan fencing. However, this knowledge was lost, and in the end we have the fact that the Neapolitan fencing had disappeared for a certain period of time.

With my guidance the system of Neapolitan fencing was completely restored at the Research Institute of World Martial Art Traditions and Criminalistic Research of Weapon Handling.

Treatises on Neapolitan fencing were translated into the Russian language at the Research Institute of World Martial Art Traditions and Criminalistic Research of Weapon Handling.

Coming back to the subject of armaments that originally existed in Calabria, Professor Merendoni explained that Camorra originally appeared in Taranto, then its influence spread to Bari and then to Brindisi. The basic methods of weapon handling and military art was borrowed from the sailors, since the best methods of combat were transferred from people whose influence and effectiveness were undeniable for others. The inhabitants of this part of the southern Italy over the centuries have adopted the fencing methods of sailors and pirates who went through many fights and therefore were not accidentally considered extremely effective.

One of the types of weapons that they used is a massete. A small massete was used by sailors. For example, pirates used it to grab something. Another type of weaponry, which was used on land, was a small stick called “kavilya”. Particularly, this stick was used by people who came from the sea. It should be noted, that it was preserved in the military tradition of Spain, in particular, in the Canary Islands, where monks of the Franciscan order were also actively working and introducing culture. However, today in Italy, it is no longer possible to find this technique of weapon handling.

Professor Merendoni demonstrated, that formerly the sailors fought with weapons in both hands: in their left hand they held a kavilya, and in the right one – a punzone (which was used to remove bark from a tree).

Today, these traditional weapons do not exist on mentioned territories nor one can see them in schools of fencing. At the moment, what is preserved is the technique of handling a long stick or a certain kind of a knife. In Naples and Cosenza, they used to have another method, in Palermo there was a different one: the method of handling two knives (left hand – a long knife, right one – a short one). Two knives were always used in here. Nevertheless, one won’t find this technique in handling cold weapon in our day southern Italy.

Thus, the ‘Ndrangheta is one of the three fragments of Camorra. As a chivalry system, ‘Ndrangheta has a horizontal distribution mechanism and university monastic roots. In this case, all fencing methods which we may see today on the right side of Sicily, Calabria and Apulia arose in the XX century. They are not confirmed by documents or fencing treatises, therefore they are not traditional methods of fencing on these territories.