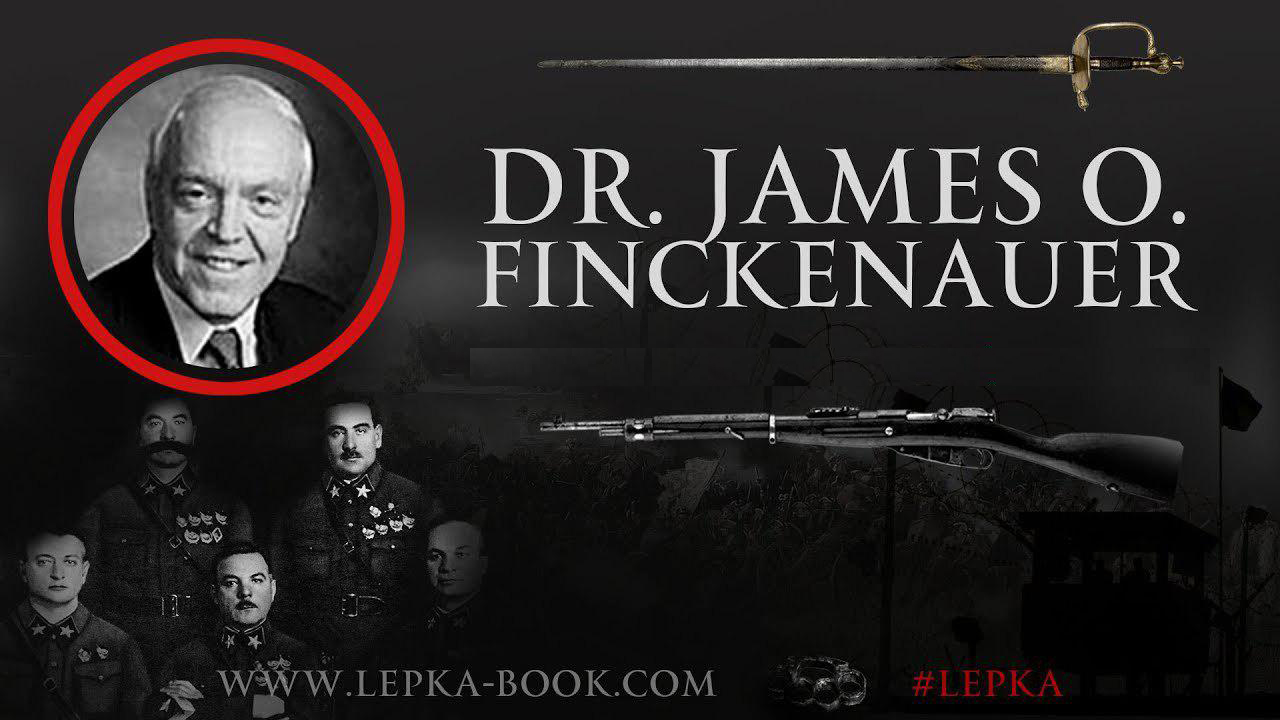 James O. Finckenauer is a professor at the Department of World Politics at Rutgers University (USA), where he taught criminology, criminal justice and specialized in an organized crime research for 40 years. He is the author of a number of books on this subject and, in particular, he has described the Russian mafia in the encyclopedia of criminology. From the year of 1998 to 2002, Dr. Finсkenauer was a director of the International Center at the National Institute of Justice of the US Justice Department. In USSR times he was a member of an experience exchange delegation program to the Soviet Union, which gave him an opportunity to study the Russian mafia in different parts of the Union.

In the frameworks of an online marathon titled “Enigma of the Russian Fencing School” Dr. James O. Finckenauer answered a number of questions about the Russian criminal tradition.

– In your opinion, what are the peculiarities and specificity of the Russian mafia? What distinguishes it from the other criminal structures?

– First of all, it is important to consider the words such as “Russian” and “mafia”. “Russian” is a sort of wrong title, and I can say from my own experience that a lot of people who were involved in criminal activities were not Russians. They might be Ukrainians, Europeans, Albanians, Bulgarians and etc., but the word “Russian” itself has become a generalization for all these groups. For example, in Russia, people like Chechens can call themselves Russians, because they lived in the Soviet Union, and currently live in the Russian Federation.

The word “mafia” itself has a Sicilian origin and refers to an Italian organized crime. This is a specific kind of crime, mostly associated with providing protection. They create a monopoly for different enterprises and provide protection, so-called “security oath” to these commercial structures. This structure represents something wider than an organized crime.
The majority of the “Russians” (I emphasize the fact that in this case we use the word as a label) is not a mafia as such. They do not have a monopoly, there are no ties with the government and so on. For instance, the Sicilian Mafia “Cosa Nostra” is related to the government even in some regions of the USA. 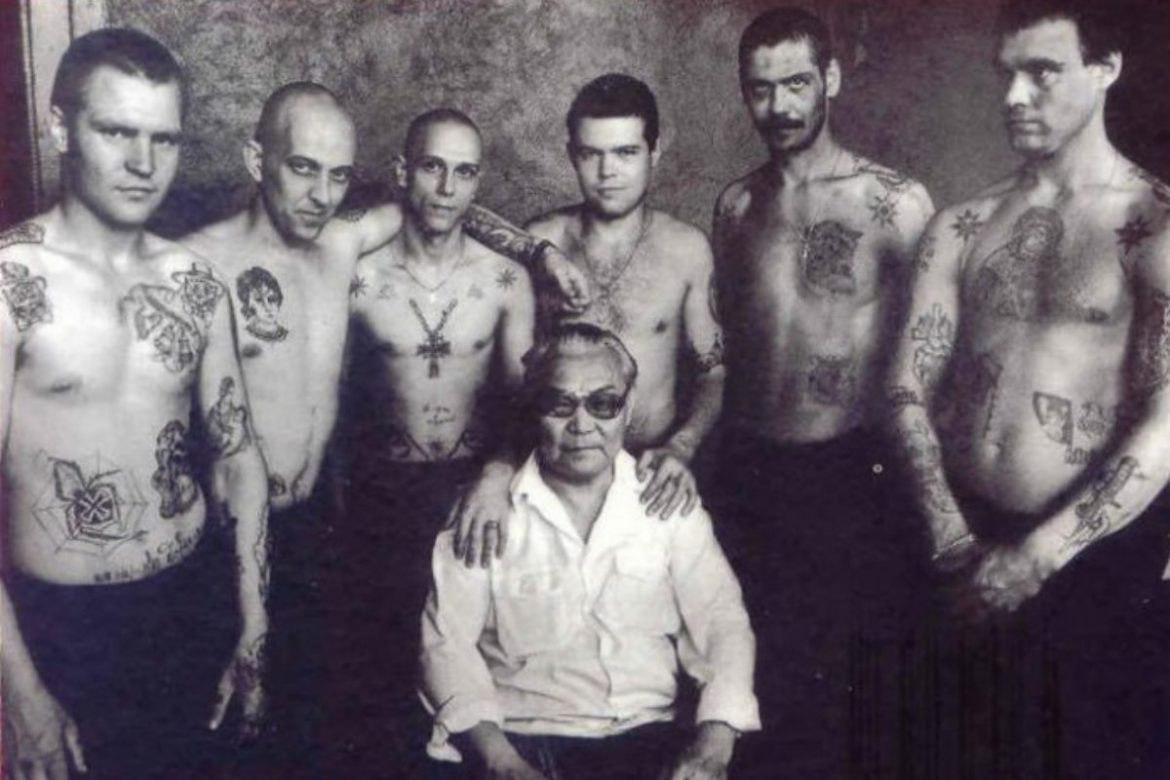 – How do you think, what is the role of the Russian mafia in the US?

– The name “Russian mafia” is just a label that represents more wide thing. At the beginning of 1999 it was an extremely anxious period for the US, in particular for certain parts of the states, as large number of people emigrated to the West after the breakup of the USSR. The area of Brighton Beach, which is located in Brooklyn, NY has become one of the objects of my research. Some of its residents were not Russian, but there were a lot of criminals. It was not a big organized criminal group, in general they were involved in a local racket, whose task was to subordinate local businesses. This activity was not of a federal importance, unlike the Italian mafia activities which created the dominant monopoly in New York with no competition.

– Have you ever met a Russian mafia representative?

– Yes, but not intentionally. I have spoken with several people who could be representatives of this structure, as they knew very much information. I think they could know all of this only if they had a direct relation to this structure. However, they did not identify themselves as such.

– Could you share some stories and cases of such meetings, if it is not a confidential information?

– There was such a case. It seemed to me that I was talking to a policeman. He said he can help with the investigation of a high-profile case, but at a meeting outside the office. The meeting was appointed in an apartment owned by his grandmother. He openly talked about criminal activities in Moscow, but did not say that he was a member of a criminal organization.
Another event occurred when I had been living in Moscow. One young man lived next door. Once he came home wearing a real fur coat. It was a very expensive and fancy thing for those times. I asked where he got it from. Thus, during our conversation it became clear that he was involved in an underground market, and I should point out that an underground market takes up the biggest part of the criminal activity. It should be taken into account that in those days many things could not be imported from overseas which made them capable of earning crazy money.

– What historical periods could you divide the stages of formation of the so-called Russian mafia?

– This question has many nuances. Before the formation of the Soviet Union, namely in the Tsarist-era, all property had belonged to the tsar and the nobility, as for the peasants, since they were servants did not own anything. This was the reason for a certain psychology formation, which can be described as following: one who grew up under the tsar could think that the property does not belong to anyone, which means it can be stolen. This contributed to the formation of a certain attitude and thinking about property – “property belongs to nobody, it’s common.”
I believe that such thefts were common to that system.
This could have happened in other countries as well, but it was very specific for this system. With the formation of the Soviet Union appeared Gulag. This system imprisoned not only criminals in our understanding, but also political criminals who formed the system of so-called “thieves-in-law”. It was the most sophisticated crime in the Gulag because these people were smarter and more aggressive than others. Being freed from prison, they created their own tradition (with such characteristical elements as tattoos, etc.). They have got excellent skills and, being professional criminals, took an advantage of the Khrushchev governance conditions.

The concept of thieves and gulags is unique in the Russian world, which has given rise to a certain way of thinking for all criminals. I call it sacramental: a criminal should believe that he is able to turn one into a victim, he must know that he is smarter, more capable of doing things differently, accordingly, he can deceive. What happened under communism has allowed people to acquire excellent survival skills. Let me give an example. Once, during my regular trip to the USSR, I stayed at a Moscow hotel. In the buffet, where we ate, often there was a deficit of food. So one day sausages were brought to the buffet, and the first people to come for food were the staff of the hotel. Of course, nothing was left for guests. I have asked people why they did so, and the answer was the following: “Employees abuse their official positions to take everything they can everywhere due to the deficit and shortage of food in our country.” This is the same way of thinking as I have mentioned before: “It does belong to no one. I need to provide for my family, but I cannot do it legally, so I am in the underground market.”

With the arrival of the Russian mafia to the US such a psychology and sacramentality did not cease to exist, thus we see crimes mostly committed against people, as it was during the reign of the tsar. They skillfully deal with a fraud, speculate in health registers as well as perform machinations with shares in stock market, they play by the “rise and fall” method. I will not say that these criminals are involved in street violence. Instead, they commit intellectual crimes.

– Since your specialization is transnational crime, could you list the main features of committed crimes by the Russian mafia around the world?

– This is what I have already stated – it is their special skill. It is extremely specific in comparison with other criminal organizations known to me at the national or local levels! You can say that their method is similar to a “white-collar” method. The crime is committed at the level of bureaucracy, because they are able to manipulate it for their advantage. They are unique in their preparatory activities.

– How do prisoners live in America?

– There are very few of them. Most of the judgments against crime of Russian-speakers, as the FBI calls them, they were taken at the level of the federal government not the state or local one. If they were imprisoned, then can be sent to the federal prison. Sometimes they were simply deported back to their homeland, instead of being held in the US prisons.

– What definition would you give to such a phenomenon as the Russian criminal tradition, from a scientific point of view?

– The very word “tradition” defines the essence and the general concept, except for “thieves in law” of the Gulag – they have no criminal tradition. I think these are people who take advantage of the situation. For example, they do not have such a thing as “people of honor” as in the Sicilian mafia, there is no specific tradition of recruitment in certain rituals. Moreover, now there are people who even buy the status of a thief, although they do not deserve it, and, accordingly, they are not true criminals, since real “thieves in law” are ones receive their status and recognition on the basis of the merit.

– What is the connection between the Russian criminal tradition and a structure as NKVD?

– There is a very close relation between them, because there are a number of criminals involved in both legal and illegal activities. For example, a man named Semyon Mogilevich was wanted by the FBI, because he is considered to be the most influential Soviet gangster. It is impossible to engage in an illegal business without ties with law enforcement or security agencies. He was accused in Moscow. However, sharply and mystically, all accusations suddenly had disappeared, and he was released. Why? Was he innocent?

I do not think so, because he had political ties, and not at the lowest level. In order to solve this problem, people were needed at the posts of judges, deputies in administrative structures, which could influence the decision-making.
I would like to emphasize that I heard from Russians that perfidy is necessary for a survival. In USSR days, people did not have a choice and as a result we are dealing with a formed way of worldview. And it means that you can take an advantage of every situation. This kind of thinking is laid in the foundation of the criminal activity. I think this is what unique and peculiar about Russian criminal tradition.