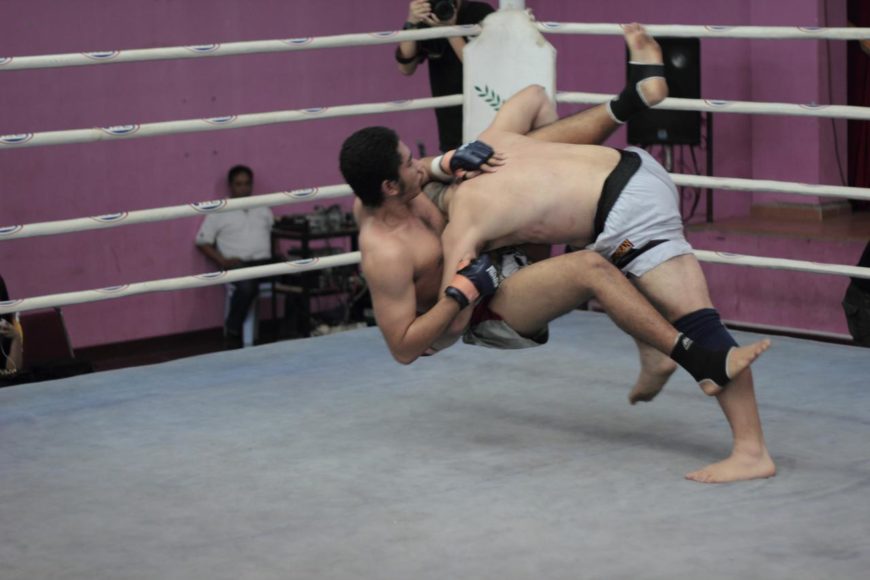 Disclaimer: The views and opinions expressed in this article are those of the authors and do not
necessarily reflect the position of World of Martial Arts.

“street fighter… People who attach this label to themselves lack the dedication and confidence needed to become a champion in the ring. Yet they constantly claim they are legitimate fighters — even better than the ones who wear a championship belt.” Joe E. Lewis, JOE LEWIS TAKES AIM AT THE MYTH OF THE STREET FIGHTER, Black Belt Magazine, MAY, 2019,

People who would never even consider getting in the ring or a cage with a trained fighter tell me how tough they are because they learn martial arts “for the street.” The most common reasons they claim street fights are tougher is because of: the lack of weight classes, lack of rules, not in a padded ring or cage, grappling doesn’t work, the referee and ambulance, street fights are life or death, multiple attackers, and weapons. A further claim which is completely spurious is that street fight experience counts towards being a fighter.

The first difference between MMA, judo, and jujitsu versus street fighting is that in a street fight, the highest statistical probability is that you are fighting someone with no or very little training. As for weight classes, jujitsu and judo have open-weight divisions and my MMA fights have all been open-weight, with my smallest opponents outweighing me by 10 kg and the largest by 30 kg. On the street your opponent will be either larger, smaller, or the same size. So, it is not true that every time you fight on the street, the opponent is bigger.

The pro-street fight crowd always cites the fact that street fights occur on hard surfaces like concrete, whereas MMA fights happen in padded cages. True, but in a street fight it would most likely be the MMA fighter, not the street fighter, who would be taking someone to the ground. And unless they see being thrown on concrete as an advantage, I would call that a disadvantage. I had a street fight a few months ago and the hard wood floor definitely benefitted me when I took the opponent down on it.

The street fight contingent frequently claim grappling doesn’t work on the street, but my recent street fight I executed a throw and it worked. My training partners and I have also trained outdoors and our throws worked. I called my brother, a well-respected scientist, and he explained that the laws of physics are constant, therefore they apply to throws both indoors and outdoors. So, apparently throws do work on the street, but the opponent lands on concrete. Ouch!

The padded cage argument is often presented a different way “Would you like your next fight to be in a padded cage, or in an alley?” The answer is, I don’t care. In my amateur and professional career, I have fought on dirt floors, in rice paddies, water, cages, rings, corn fields, sand pits, leitai (platform), dangal pits, on concrete, carpet, other types of concrete, gym floors, wrestling mats, wooden floors… And if any of those surfaces had been set up between two buildings, we would have had an alley, but I don’t think it would have had any impact on the outcomes of those fights. And to be clear, I am not singling myself out and saying that I did something unusual. Most of my MMA friends have to fight in other styles in order to make a living. So they would also have fought in rings and cages and on matts and so forth. My friend, former UFC fighter Will “The Kill” Chope has had well over 100 fights across nearly all styles, including lethwei and bareknuckle boxing. For these guys, fighting a no-rules fight on the street against someone with no training would be like taking a holiday.

The “MMA-has-a-referee” argument is often linked with, “an ambulance is standing by,” and “MMA has judges.” All true, but this neither changes the way people fight nor the outcome of the fight. Clearly, whether the referee and judges are present or not, the MMA fighter will still fight to the top of his potential. The lack of referee and judges on the street will not diminish his ability to fight. As for the referee and ambulance, they do not change the outcome of the fight. The man who loses the fight based on a referee stoppage in the ring would also have lost on the street. The only difference is that he could potentially have been hurt worse, but the winner and looser doesn’t change. There is no rule in street fighting which says the unconscious man is deemed the winner.

Life and death? The folks from High Percentage Martial Arts analyzed 200 street fight videos and published their findings. They said the majority of street fights had a very long ramp-up period where either party could have walked away. The men posture and insult each other, until someone finally throws a punch. In an MMA fight both parties are committed to fighting when they show up. On the street it is very likely that neither party planned for a fight and that one of them may not even want to fight.

The next arguments are that when you fight on the street, it’s life or death. There are multiple opponents and weapons. Of the fights High Percentage Martial Arts analyzed: 117 were between 2 men. So, this self-defense argument that you are always fighting multiple attackers is wrong. 17% of the street fights ended in a KO and 14% by incapacitation. These percentages don’t sound very different from what happens in MMA. 51%, of the fights had no clear winner. This is where you would have had a judge’s decision. The findings clearly prove that people dying in street fights is a relatively rare occurrence. According to the DCJS, Uniform Crime Reporting File, in 2017, New York City had a total of 292 murders, less than 1 per day. Meanwhile, how many fights must there be each day in a city of 9 million people? And not all murders are the result of fights. And these are murders from all sources, the two major causes of which are gang shootings and domestic, where husbands and wives shoot each other. The DCJS recorded over 46,433 violent crimes that year, including robbery, aggravated assault and rape. So, even violent crimes rarely result in death. Keep in mind that essentially all murders wind up being added to the statistics, whereas street fights are only added if the police become involved or charges are filed. It would not be surprising to learn that the vast majority of street fights are not included in violent crime statistics. The highest probability is that two men fight, the fight ends and the police are never called. This would suggest that street fights that result in death would be even less than 292/46,433, so basically, a rounding error.

Several times, I have had professional MMA fights against opponents who included their street fights as part of their fight record. And this has become a particular point of contention for me. High Percentage Martial Arts estimated that most street fights ended in under 47 seconds, so having street fight experience is more or less useless if you want to fight MMA where fights can run 17 minutes.

High Percentage Martial Arts described the most common street fight scenario this way: “Men usually charge at each other with power punches, fall to the ground, and continue punching until they get tired or knock each other out.” Which again speaks against the self-defense-people who claim that street fights don’t go to the ground. Most do. I have heard self-defense people criticizing MMA saying, “I have seen hundreds of street fights and none of them ended in a submission.” First off, unless they specifically did research, like High Percentage Martial Arts did, they probably haven’t watched hundreds of street fights. Next, of those street fighters how many were trained in submissions? According to this research “Half of all fights (51%) between 2 males had a violent conclusion such as a knockout, being incapacitated by strikes, or by a choke or joint lock of some sort).” So, clearly, some street fights do end in submissions. The pro-street-fight-camp often claim that when you get caught in a choke on the street you can’t tap out, like you can in a ring, so you die. And this is obviously not true given the percentage of street fights that end in submission and how few total murders there are.

Psychologists who study violence in humans and primates have determined that losing control and fighting is a very basic male emotional response. Murder is not. Only the absolute smallest percentage of the population is capable of murder.

One of the street-fight-camp who told me “on the street it’s life or death” I asked “How many people he had killed. He said “Zero.” And I asked him how many times he had been killed. He said “zero.” And right there was his proof that these fights are not generally life or death. It turned out that he had one friend who died from complications from a head injury in a street fight. So I asked, “how many street fights had your friend had? How many people had he killed?” and “How many friends do you have?” Statistically, the average person knows about 350 people. So, from 350 people, he knew a single person who had died of complications from a street-fight, once again, suggesting that street fights only very, very rarely result in death.

To conclude: Street fights are largely altercations which occur between two untrained men who can’t control themselves. They throw a few big punches, someone may or may not go down, and then the fight ends 40 seconds later. Deaths in street fights are extremely rare. MMA, muay Thai, sanda, judo, and jujitsu matches are filmed and discussed and analyzed. They are fights that occur between two trained competitors who have spent months or even years preparing. Also, they really happen. Most of the people who have ever thrown this street fight argument out have had very few street fights and of course, with no evidence, it is just his word against no one’s.