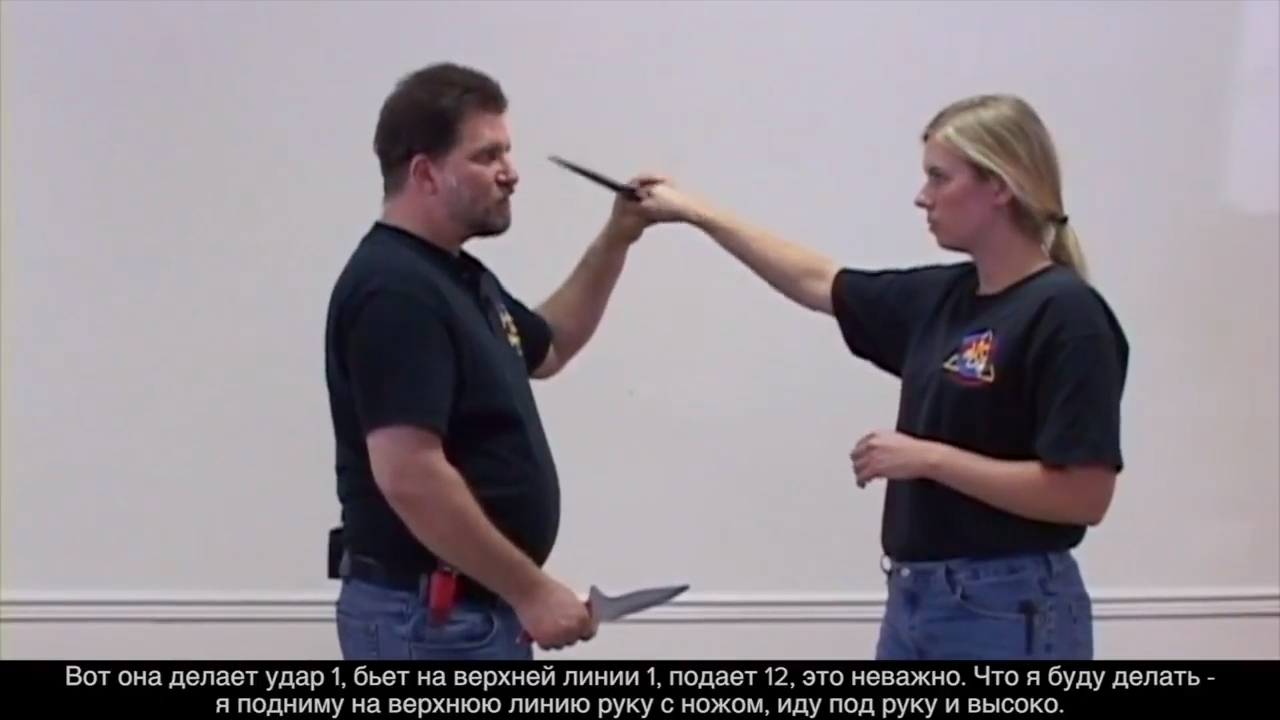 It is an all known fact that modern Filipino Martial Arts are considered to be one of the most effective systems when it comes to blade weapons. Needless to say FMA topic is indispensable in talk about world martial art systems. Filipino Martial Arts have their own history that influenced the many other systems.
This article looks at drill system of Filipino martial arts which are named “Numbering cutting system” by some. This system is aimed at training with a knife by delivering cutting strikes using all kinds of trajectories; there are several clear cut exercises in the base of there are 12 types of cutting strikes. Having said this, aforementioned 12 types of cutting strikes form 12 complete circles:

1 and 2 – diagonal strikes from top to bottom on the right and left;

3 and 4 – horizontal strikes from right to left and from left to right;

5 – horizontal blow to the center of the opponent’s body from the bottom;

6 – horizontal blow to the right side;

7 – horizontal blow to the opposite left side, while holding a knife in the right hand;

9 and 10 – diagonal strikes from a bottom to top, from the right and left sides;

11 and 12 – vertical cutting movements from bottom to top and from top to bottom.

One of the most important and basic drills of the numbering system is the “Three Count” drill. There are many different names for it, on Philippines it may be called “Sumbrada” (in the sense of “shadow”). A shadow is a form in which “begin of the movement of opponent 1, opponent 2 breaks it and finds the most convenient and closest place to attack.”

This drill is performed in pairs, where one partner acts as a “bad guy”, and the second one as a “good guy.” The manoeuvre is when one of the partners breaks the actions of the “bad guy” and becomes a “bad guy” himself. Thus, partners switch their roles throughout the drill.

The “Three Count” drill involves only three movements, so they are easy to learn. Work in pairs should be cooperation with each other, only then study is faster and the elements of the drill are worked through. It is important to note that defense is much more important than trying to stop an opponent’s attack or to get away from a blow, so the palms should be pointed upwards.

– Stopping strike and controlling it (the reason for which it is necessary to control the blow is the continuation of the striking system);

– Seeing the variability of the blows;
– Feeding a strike;
– Stopping an incoming strike;
– Breaking a counterblow;
– Basic principle “the easiest places to go to”;
– Defense(this is important in this drill, since these are the simplest and most natural things).

The “Three Count” drill is the base for understanding of using both hands at medium distance correspondingly the handling of weapon.

There are several variations of the “Three Count” drill. One of them is called “Reverse grip”. Simple kind of variation, in which the direct grip of a knife is replaced by the reverse grip by keeping in mind corresponding footwork.

There are possible different variations of “Reverse grip” by means of the tip and edge of a knife. A person can wedge it in using a tip and an edge, one has to be very accurate with pricking striking. It is much easier to cut an opponent’s hand with the length edge of the steal. There is no difference in the principle, even if one changes the grip. Variation of grip does not change the drill but it changes how one perceives it. It gives better understanding not be intimidated by the difference of the direction of the blade.

Another variation of the “Three Counts” drill is an exercise with a straight grip called “Unequal”.

One of the reasons that Professor Remy Presas made modern Arnis different from other martial arts is that he was left-handed. Initially, all drills were created for right-handers. The professor learned them and repeated then the same drills on left hand. In this case, the work with the right hand and the left hand are different from each other. The principle of “mirror” does not work in this case, because when working with the left hand, it is technically necessary to move in the opposite direction – this is the only way how direct movement be achieved when working with the left hand.

Grand Master of the Philippine Martial Arts Bram Frank learned from the lessons of Professor Remy this system of left and right hand work and adapted it when working with a knife. The drill is called “Backwards”, and it is another variation of the” Three Count “drill.

Training session is also a little bit different when practicing in pairs. The knife is in the right hand of the one partner, and in the left hand of the other. The one who holds the knife in his right hand, all movements will be open, and the one who holds the knife in his left hand – closed. When working out any of the 12 types of cutting, the angle of the blow will be the same, depending on the type of cutting used, but for the right-hander the movement will be open, and for the left-hander – closed. The right-hander will deal a direct blow, and left-hander will have to do “backwards.” This drill allows you to understand how the left-hander is coping with the task, and subsequently learn to work with any opponent, regardless of whether he is left-handed or right-handed.

All variations of the “Three Count” drill are considered as components of this drill, as part of a whole group of movements. They can be combined and mixed together. For example, one partner can hold a knife with a straight grip while the other holds a knife with a reverse grip.

Such a transition is possible thanks to “bridges” – the so-called common “threads” connecting these components together. In the image it looks like a blanket made of rags, where the components are connected by a multitude of threads.

Mastering all these components, a person becomes able to collect them together in any variability, as he likes. Another variation of the “Three Count” drill is the “Highline drill”. It is done on the high line and combined with cutting strikes on the high line. This drill is also a component, a part of a single whole, connected with the rest of the components. An example of a “Highline drill” blow can be raising your hand with a knife on the top line, then going under your arm and again cutting the blow from above. It is very important to rotate the body, as it allows you to raise your hand with a knife higher and keep it at the same upper level, and hold the second hand for defense. If your hand is below the opponent’s hand at the top level, do not make the mistake of trying to apply a cutting strike in the up direction. Put a blow in the direction down – on the opponent’s lower arm.
“Highline drill” teaches:
– Clearing the space and an arm;
– To clear highline;
– To leave the way of the enemy;
– To stop the enemy;
– Clear space and occupy the highline;
– Do not injure your hands in the highline.
Summing up, it can be said that the “Numbering cutting system” is necessary for the student to be able to train and develop the awareness of each movement, understanding the angles of strikes, the variability of their application and the sharpening of their skills. Over time, he will be free to use any combination of these drills and combine them.
“How you practice is how you are going actually do it.
You do not have to train quickly, train correctly! ”