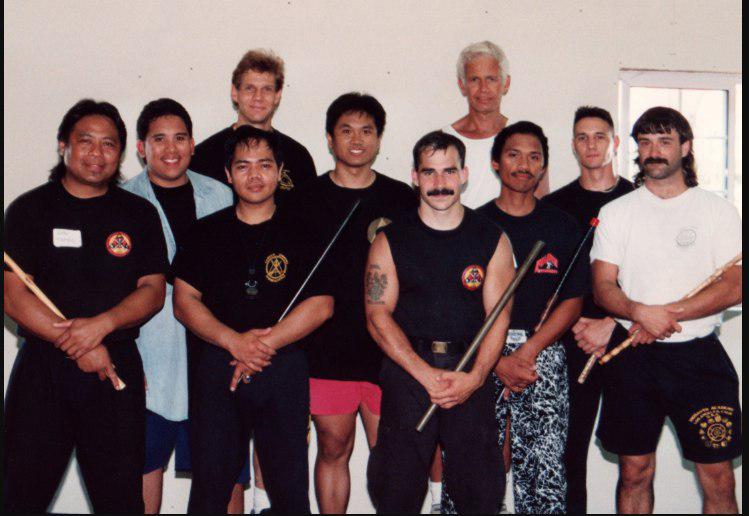 The guest of the program “Honorable Knight” of the project “Lies and Truth in Martial Arts”, in which we traditionally speak about teachers who influenced lives of their students, this time was Sifu Restita Dejeus – a master and teacher of such areas as the Philippine Martial Arts (FMA), Kadziukenbo, Woon Hop Kuen Do and karate. In a previous interview she told about Grand Maestro Ciriaco Cañete to a journalist Ekaterina Sidorova. In this interview, we are going to talk about the second teacher of Restita – Grand Maestro Christopher Petrilli.

– I met Christopher at the seminar at my Kung Fu school. He had conducted that seminar together with Master Cañete. Christopher was a student of Ciriaco Cañete, and at the same time he was already a master of martial arts. He studied and taught Jeet Kun-Do, Pinchak, Silat, Arnis and Eskrima. From the story of Christopher, I have learned that someone once said to him: “If you want to learn to fight in a duel, then you have to see the way of Master Canete in Cebu”. He simply gathered his clothings, and left to Philippines without hesitation. 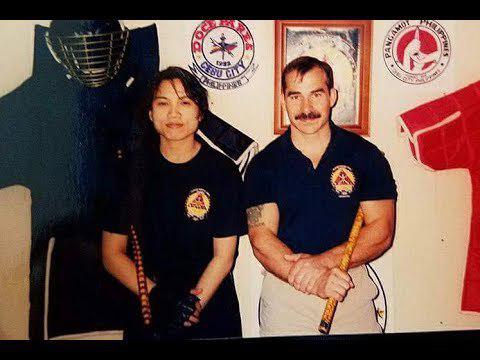 I was amazed by their art as there were different approaches. Christopher accepted the teachings of Cañete, combined the method of Ciriaco, Arnis and Kali while adding his own movements. Similarly, same thing was done by Master Cañete, he combined his experience and the art of Eskrima. In spite of everything, it was the same, because the concept of their ideas was based on a single principle, and only each had his own approach.

Grand Maestro Christopher was a serviceman of an elite landing unit of the US Army. Having made his first jump from the plane, he suffered a spinal injury followed by a surgery, during which he was put on spokes in order to stay alive. Then there was a long recovery period. Literally, he had to learn how to walk again and regain control of his body. He was helped by the spirit of martial art with the principle “never give up”. He used to do simple exercises everyday, different practices for different muscles of the body. Many people at that moment would probably be depressed and give up, but Christopher was not one of them.

Grand Maestro Christopher is a very religious and spiritual person. His spirituality is tied with the whole universe. One day, my friend and I went to Arizona to see him, and he took us to the training. The place is called “Red Stones”, a large area strewn with red stones. It was there that he taught us a lot in one week. Walking around the neighborhood, he provided examples of vegetation, which can be used to protect or produce food. He told what plant can be used from a snake bite, what a spear might be done from, etc. When we started sparring in the wild it felt incredible, it was that place, where the natural instincts of man are manifested. It was a lesson on how to get closer to nature and people, which means our connection with the universe. Person is not given to understand the life principle until someone tells him and shows him.

I consider my teacher to be a Knight of Honor! This man never said anything bad about other people, nor about other martial arts systems. He has such a skill of communication that any of his students understand him from a half-word, as it is delivered with respect and humor, and not through threats, fear and punishment. He is very patient and polite, which, it would seem, does not correspond to his weight and large muscle mass.

Me and my friend Shera knew Maestro Christopher from a different angle. He was in love with a woman who is his wife now. But at that moment, before making an offer to her, he was very worried. He was very nervous and afraid as it happens with a man who fell in love for the first time, but he was very happy.

Interacting with masters only in the field of martial arts, we put them on a pedestal and forget that they are also human, they also have fears, nervousness and human emotions. The conclusion from this story would be the following: it is important to understand who is in front of you, because all masters in the first place are human beings! If you keep in touch with your teacher not only as a teacher, but just as a person, then he will teach you much more than martial arts.

Grand Maestro Christopher always had a good influence on my life and life of everyone he teaches. I am very grateful to him for always reminding me that you need to move forward and never stop. “Academy of the Philippine Martial Arts” is growing and developing, we are grateful for this, Grand Maestro Chris, as I work and continue this cause because of you!