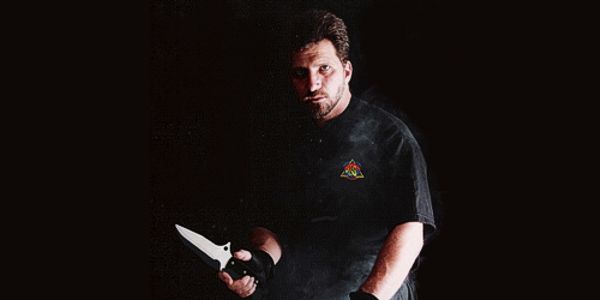 It is an all known fact that modern Filipino Martial Arts are considered to be unique. This martial art, no doubt, differs from other ones as it is based on mixture of different styles, even though it’s origins go back in times of the European knights.

It is an all known fact that modern Filipino Martial Arts are considered to be unique. This martial art, no doubt, differs from other ones as it is based on mixture of different styles, even though it’s origins go back in times of the European knights.

There was an enormous influence on formation of Filipino martial arts exerted by Thais, Spaniards and Chinese. All of this is a history of battles, historical facts which are compiled into one, history which is adapted by culture and people living on the Philippine islands today.

Within the “Tribune” program project “Lies and True about martial arts” Grand Maestro of Filipino martial arts Bram Frank shared his viewpoint: “There is a lot of myths which happen because of ignorance of people and non acquaintance of their history. They don’t know the past, don’t like to read and that’s why constrained to believe in myths. I study Filipino martial arts, research varieties of weapons and an armor. I grew up examining an armor and ancient construction which were ever used in Europe. History is very important even if there are contradictions. Without knowing history the person will always repeat his defeats. It has a huge value for those who practice martial arts. In such a case it is important to know the truth and to understand origin history of martial art which one practices.

Example of such myth is the myth about Lapu-Lapu and death of Magellan, which was based on version that “Lapu Lapu killed him with stick” or “Lapu Lapu killed him with sword”, which is not true. According to real history, one of the leaders of the island Lapu Lapu brought people thousand times exceeding the number of Spanish people. When Magellan’s people came, inhabitants of Philippine island began to shooting using bows with poisoned arrows and hitting Spanish people with poisoned spears. Bodies of Spaniard’s were not covered with an armor which was the reason of the defeat and death of Magellan in that battle. This idea was conveyed by a historiographer of a round-the-world expedition Magellan – Antonio Pigaffeta in his work “Magellan’s Journey”.

Primary and proximate influence on culture of Philippines Islands rendered by the East as well. People had to run from China, Japan, Korea, Vietnam, Thailand, Indonesia on the islands in the middle of the Pacific Ocean, in times is was not possible to remain alive on their home ground. Therefore, there was confusion of cultures of different nations on Philippines. Having looked at pictures of ancient Philippines one may see people who look as well as any other ancient group: half naked, animal skin clothing, wooden shield and a spear. Moreover, it has to be pointed out that representatives of groups in Mexico and South America look the same.

It is worth to make a short notice on Bolo knife, it is widespread on Philippines, a big knife – very similar to the Chinese short sword.

Filipino martial arts contains a set of exercises: “Sumbrada”, “Shade”, “definition of a cut  “1, 4, 12”. Obviously, these words are Spanish. In fact, technique resembles the European sword technique. Moreover, the weapon and an armor in museums have also European Origin.
Needless to say, there are a lot of Spanish words which are used in the language of Philippines. “My student from Europe is the master of fencing. – tells Grand Maestro Bram Frank. – Collaboration with him has allowed to see as the Spanish arms methods allows to carry out receptions of Filipino Martial arts. Obviously, Philippines adapted the Spanish martial arts but without the Spanish arms material”.

One may fairly thank Spaniards, there was a new class of the people in Philippine islands who had been studying the Spanish fencing. It is possible to see Spanish fight just by looking at the Filipino martial arts fight and the weapons which they use. For example, there are a lot of knives, specifically applied in Filipino martial arts and called as “Spada”, which has Spanish origin.

On Philippines there is an adage: “Always realize what truth you look for. The truth can be invented such what you want to hear it”.

“Don’t trust me! Go to museum! It gives answers to questions on origin of things (weapons, armor). The culture of people is in the tools which they use”.