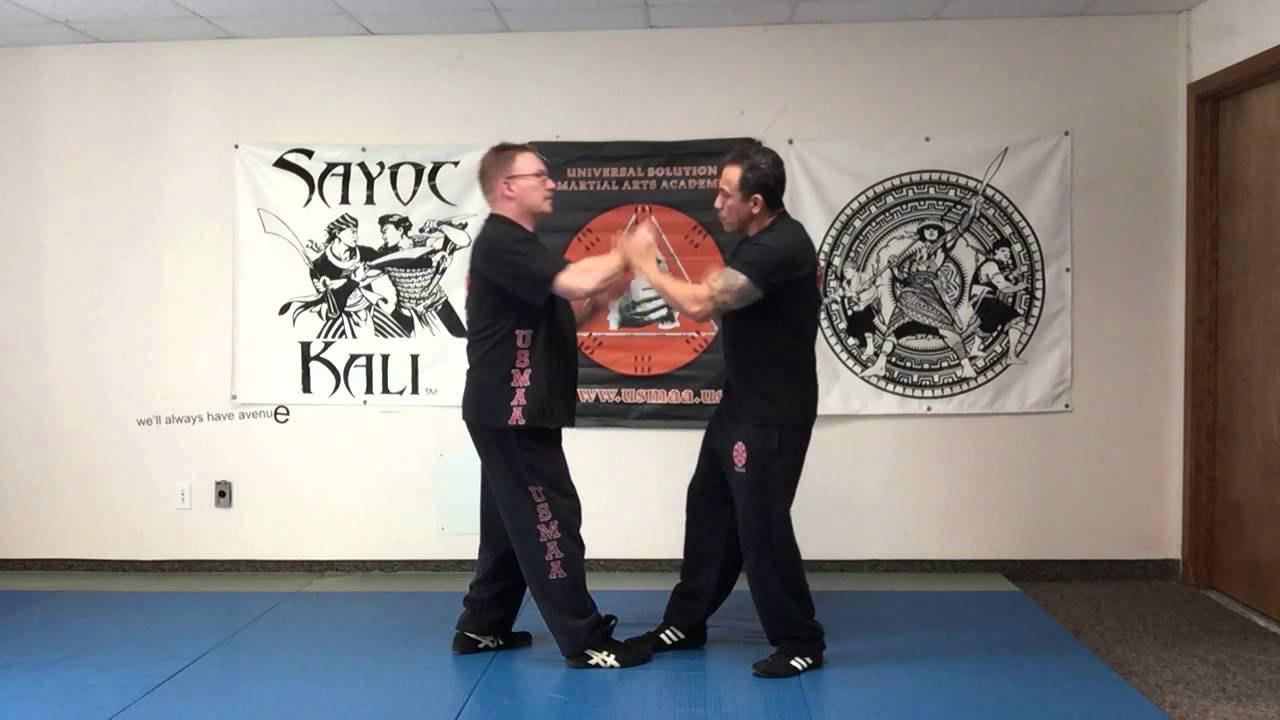 In the frameworks of the “Tribune” program Mary Saparkina interviewed Sifu Martin Gonzalez. He shared his opinion about the problems in martial arts world, namely the necessity of love, loyalty and respect.

– Could you please share what have you been practicing and teaching?

– I have been practicing martial arts more than 40 years. I have started with traditional western boxing, afterwards I did Wing Chun Kung Fu. My first instructor was Dan Anderson who is still my mentor. I am always very curious about different styles of martial arts. I have also practiced Aikido, then Arnis and Chinese boxing and got a black belt. Further my teacher introduced me to another teacher Professor Kelly Warden who also became my mentor. He is on charge for everything related to Remi Presas heritance. He taught me modern Arnis that is based on his own practice. Also, I did Brazilian Jiu-Jitsu, Russian Sambo for several years and started learning Lameco, Muai Thai.
I have always loved working with bladed weapons, therefore I started studying Sayok – the traditional Filipino system, and I have been practicing it for 15 years. My Sayok instructor is an army and special forces trainer, he also trains representatives of law enforcement bodies in the USA.
Despite the fact that I practice many different styles I could manage to keep the essence of each of them. I started teaching boxing and became a boxing coach. Starting from 2005 I have trained three champions and one of them became a national champion. 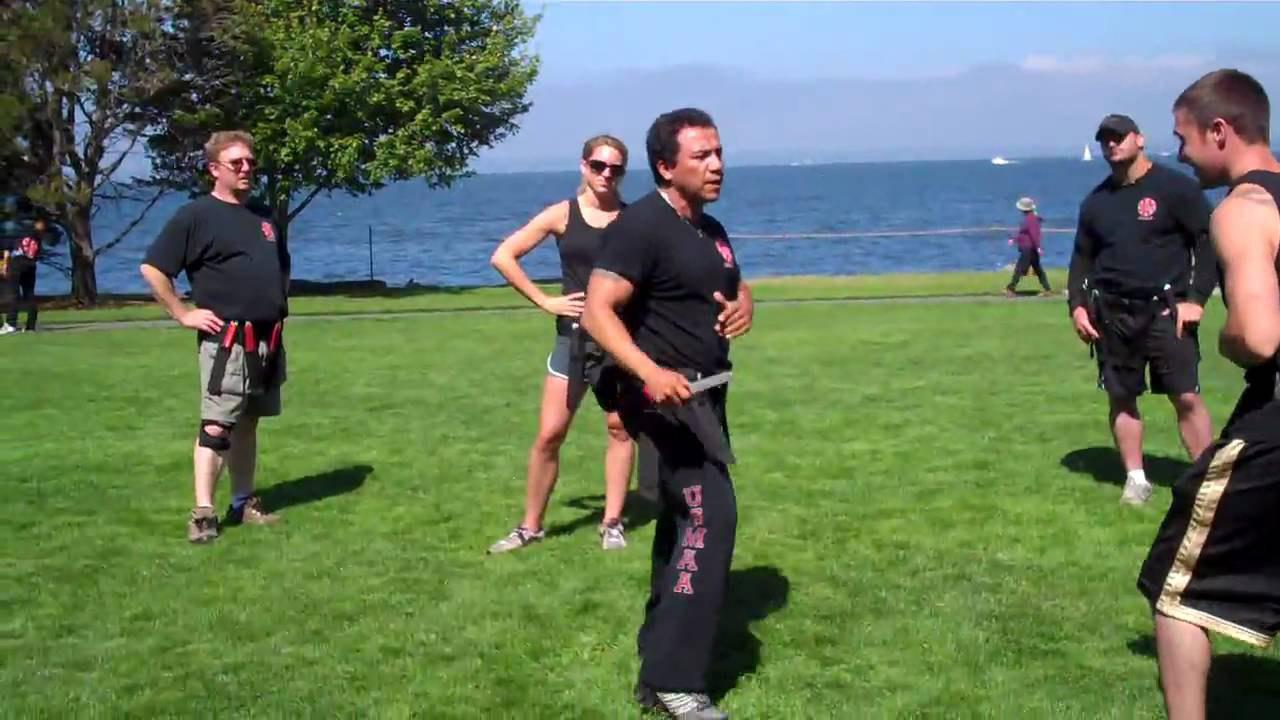 I never stay away principles of traditional martial arts. They gave me a good foundation, necessary skills and allowed me to combine styles, which gives more options for people who want to be engaged in martial arts. It is important as one style doesn’t fit everybody; this is the base of MMA. If one has short legs he cannot do certain kicks; other who has short arms – won’t be able to control his opponent, and it requires a different approach.

The knowledge of traditional martial arts helps one to learn the alphabet, and he can learn how to create sentences himself, instead of learning sentences made by somebody. It might not be just his thing.

– In your opinion what is the meaning of love and respect in martial arts?

– When we talk about love we mean loyalty. As you can see there are many aggressive fighters today. Long ago, both traditional martial arts and MMA fights supposed mutual respect. Today MMA fighters, argue and push each other. I believe that the respect is the most important thing not only in the fight but also in life. The way they behave in training shows how they behave in general. And the worst thing is that their trainers allow them to behave this way.

When one starts his journey in martial arts, he is searching for the opportunity to learn self-defense. But when you go to traditional martial arts school not only you learn how to defend yourself, you actually learn a lifestyle. You learn how to love your classmates, how to keep your school clean, how to respect senior students and instructors. Thus, it becomes a lifestyle. It becomes your everyday life. The way you behave in the school is the way you behave on the street. But when you look at Mixed Martial Arts you see how they bully each other; and couches don’t say anything or if he says something they might push him too. I believe that this is not proper way of martial arts training. In early days all martial arts were very secret, nobody was allowed to see your training. When somebody would ask a student of this or that school to demonstrate him something, he would answer: “No, it is not allowed. It is secret.” In contrast, today you can find millions of videos on Youtube.

Loyalty means that we do not talk bad things about each other, about style, person, life or we don’t take advantage of rank we might have. It is about loyalty towards each other, towards the school and mentors.

Some instructors even say that if you do not have money to pay them, you are not their brother anymore.

So you are brother when you pay them, but if you do not have money– you are not. I do not think that this is a proper way. I came from a very humble family, where you really had to work. Sometimes people have money, sometimes they do not. But both persons can come to you to learn self-defense. A person who does not have money can help in other ways. For example, he can help to tidy your class. 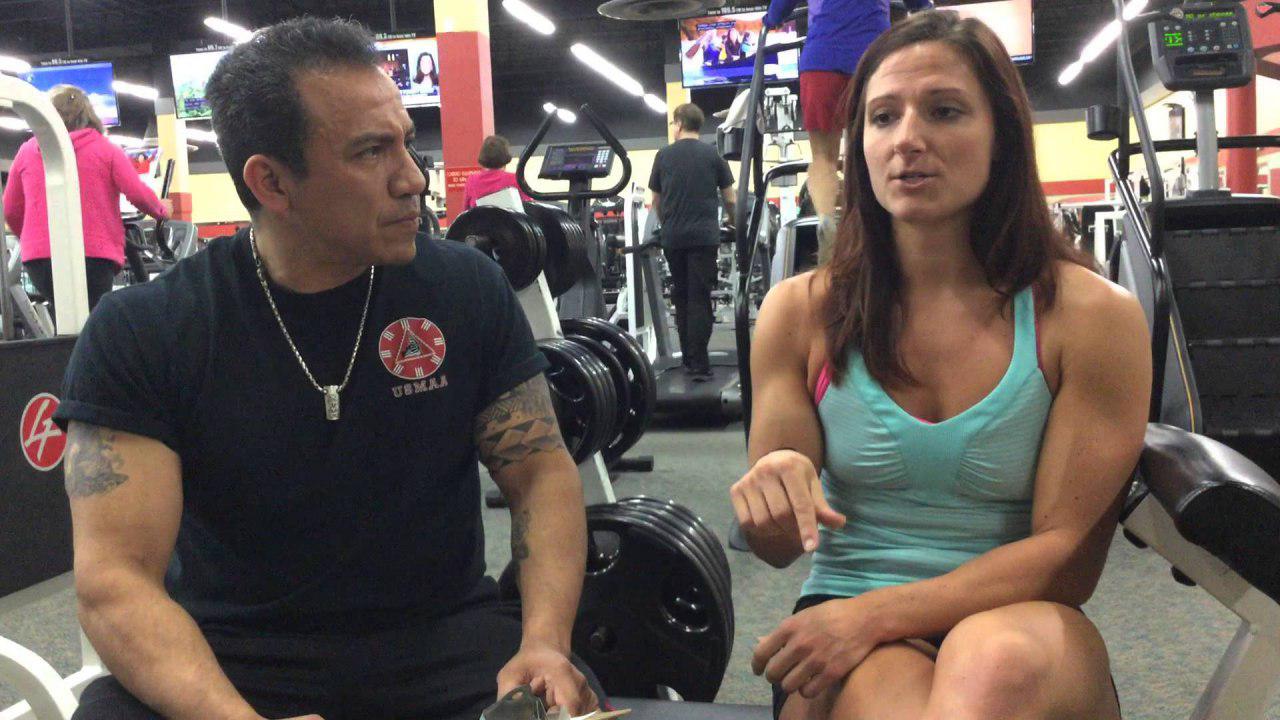 – Do you think martial arts are techniques, or there is something more?

– Absolutely there is something more. Things that we teach our students might be very dangerous. They can break their fingers, arms, legs. There is a saying, if there is problem – you have two options: you can react logically or emotionally. If one becomes angry and does not see the consequences of situation, he might really hurt another person. However, when one thinks about consequences and what he wants to do he can choose whether to hurt an opponent or not.

When one knows self-defense, he is not an average person anymore due to his knowledge, and it might play a bad joke with him. You might know what to do but you have to understand when it is proper to use it and when it is not. It is all about application of a too much force. You can use force just to hold an opponent. Everything depends on situation. It is very important for instructor to explain these things and see the reaction, explain what can happen in different situations and what is the best decision. You have to teach all this in the class, not in the street. Otherwise it will be too late.

– Do you think the knowledge of psychology is important for a master or an instructor?

I devote my free time to studying of psychology

– I have always been interested in the topic of how one sets limits for himself and why people become victims in real life situations. It is not necessary for them to be a victim, and I think that psychology plays a big role in it. Knowledge of psychology allows you to “read” people and when you see a person who acts inadequately at your first meeting, you can say immediately that you are not going to teach this person to handle a knife. I always try to understand psychological setup of each student.
In conclusion, I would like to say that brotherhood is the most important thing for me. There is a certain tendency – people that become leaders by forcing others, don’t stay long as leaders. People that really care about their students become real leaders and stay as such. It is a real brotherhood of the martial arts.